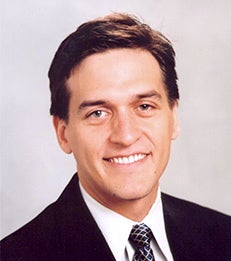 The obvious explanation is that a subset of investors is willing to sacrifice some return to hold green bonds.

With climate change accelerating, bond markets will be central to financing the daunting costs of coping with it. New research from NYU Stern Professor Jeffrey Wurgler explores the characteristics of so-called green bonds, which are bonds whose proceeds are devoted to environmentally-responsible activities and are making up a growing area of fixed-income markets.

In “Financing the Response to Climate Change: The Pricing and Ownership of U.S. Green Bonds,” Professor Wurgler, with co-authors Malcolm Baker and George Serafeim of Harvard Business School and Daniel Bergstresser of Brandeis University, analyzed pricing and ownership patterns of green bonds. They hypothesized and confirmed that they are priced at a premium compared to ordinary bonds, with higher prices at issue and therefore lower returns to bondholders.

The authors considered U.S. green municipal bonds, including 2,083 of those issued between 2010 and 2016, and compared them to more than half a million ordinary bonds. Green munis, they reasoned, are currently far more plentiful than green corporate bonds, and in any case the response to climate change will necessarily involve large investments in public infrastructure. They used an analytical framework that featured a subset of investors who value non-monetary aspects of securities, such as a sense of social responsibility from holding green bonds, in addition to wanting to balance their portfolios based on typical risk and expected return concerns. They found that consistent with the pricing results, green bond ownership is more concentrated than that of ordinary bonds, largely because a subset of socially responsible investors tends to hold them at higher weights, particularly when the par value is small or the bond is especially low-risk.

In addition to controlling for several other factors, the authors investigated a subset of green bonds that were externally certified by a third party according to industry guidelines and publicly registered with the Climate Bonds Initiative (CBI). For these “extra green” bonds, the pricing premium doubled or tripled for bonds that were self-labeled as green by the municipality.

The authors view their findings as the “natural flip side” to the lower prices (and higher returns) associated with so-called “sin stocks.” Adds Professor Wurgler, “The obvious explanation is that a subset of investors is willing to sacrifice some return to hold green bonds.” He concludes that the stronger pricing and ownership patterns of externally certified bonds supports the creation of accepted certification standards.
Share / Print
Back to Top