What Causes Elites to Fall From Grace: Is it Hubris or the Price of Fame? 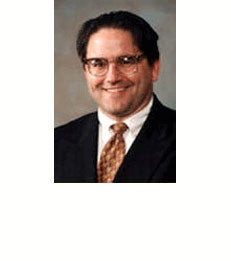 This research has broad implications for business and politics in suggesting that elites are subjected to greater scrutiny and punished more severely than non-elites for the same transgressions.

Spectacular “falls from grace” by well-known elites have become increasingly common in today’s transparent society. Until now, the academic literature has been unclear as to whether falls from grace occur because high-status elites are more likely to push the limits of proper behavior or because they are more likely to be noticed and chastised when they do. A new study finds evidence for the latter, as Professor Joseph Porac and his co-authors, Scott Graffin and Jonathan Bundy of the University of Georgia, James Wade of Emory University and Dennis Quinn of Georgetown University, investigated the 2009 British MP expense scandal and traced its impact on Parliamentary elites. The study also raises important questions about the role of the press in holding well-known personages accountable for their behavior.

The researchers studied all 644 MPs serving in the 54th House of Commons of the British Parliament. The scandal occurred when their complete expense records were unexpectedly made public, providing a rare opportunity to examine MP financial affairs that had previously been shielded from public view. It was discovered that over fifty percent of MPs were abusing the reimbursement system by claiming inappropriate expenses for second homes.

The researchers found that MPs with higher social status, those who held royal honours or had front bench appointments in Parliament, were no more likely than lower-status MPs to claim inappropriate expenses. And yet, they attracted almost twice the amount of press coverage and were three times more likely to lose their Parliamentary seat when they did take advantage of the system.

This research has broad implications for business and politics in suggesting that elites are subjected to greater scrutiny and punished more severely than non-elites for the same transgressions. To demonstrate the applicability to business elites, the researchers examined the career histories of CEOs who won “CEO of the Year” awards from major business periodicals between 1999 and 2004, comparing their rates of falls of grace with a random sample of CEOs who did not win awards. They found that the likelihood a CEO would experience a fall from grace rose proportionately with the number of awards won during his or her tenure. Of the CEOs who won five or more awards, 28 percent later fell from grace.
Share / Print