Preparing for a World Without Cash 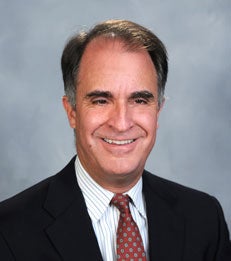 By David Yermack and Max Raskin

The march of digital commerce may eventually make the benefits seem overwhelming, and it would be wise to be ahead of the game rather than trying to catch up at the last minute.

By David Yermack and Max Raskin

The Federal Reserve has done almost nothing to study how a digital currency might work.

Central bankers throughout the world, from Canada to Ireland, have recently indicated that they might issue digital currency in the future. Yet the U.S. has been absent from the debate. As the world’s central monetary power, America should play a leading role in studying the benefits and pitfalls of a digital-currency future. While plenty of risks would come with such a conversion, the potential perks are so great that it merits serious consideration.

What would a government-backed digital currency look like? A country’s central bank would need to become a deposit-taking institution and hold accounts on behalf of citizens and businesses. All of their debits would be tracked on the central bank’s blockchain, a digital ledger resistant to tampering. The central bank would pay interest electronically by adjusting the balances of depositor accounts. While the current system of physical notes and bills could be continued in parallel, it would likely wind down over time.

Though such a system seems relatively simple, implementation wouldn’t be easy. In “Digital Currencies, Decentralized Ledgers, and the Future of Central Banking,” a new paper prepared for a forthcoming research anthology on central banking, we analyze potential costs and benefits of a sovereign digital currency.

Read full article as published in The Wall Street Journal.