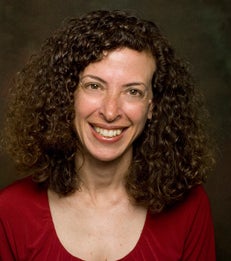 With a more nuanced understanding of how perceived efficacy influences generosity, industry professionals can gain further insight into how charitable giving can be encouraged – multiple beneficiaries at a time.

Fundraisers for nonprofit organizations often focus their messages on representative single individuals because they find it’s more productive than asking donors to give to a cause in general or a large and overwhelming group of recipients. This doesn’t need to be the case, according to new research by NYU Stern Marketing Professor Vicki G. Morwitz, who found that donors who believe their contributions are effective will be significantly more likely to donate to multiple beneficiaries and large causes.

In “Saving the Masses: The Impact of Perceived Efficacy on Charitable Giving to Single vs. Multiple Beneficiaries,” Professor Morwitz and Stern alumna Eesha Sharma (PhD ’13), an assistant professor at Dartmouth’s Tuck School of Business, explore how a donor’s sense that he/she can take steps to make a difference – combined with his/her belief that those steps will make an impact – affects their giving.

The authors acknowledge that focusing a fundraising message on a single beneficiary – such as the opportunity to sponsor a starving child in Africa – can be a successful strategy, largely by inducing guilt. But often broader charitable causes, such as raising public awareness about a particular social ill or contributing to eradicate poverty, don’t induce these same feelings.  Moreover, donations restricted to single beneficiaries impede an organization’s flexibility to deploy resources.

In one of their four studies exploring feelings of efficacy, the authors gauged their subjects’ willingness to donate part of their $1 study payment to a single child or a group of eight children who were beneficiaries of a charity for childhood cancer.  Study participants were primed to perceive that their own “self-efficacy” – their ability to be effective – was either positive or negative. When self-efficacy was higher, almost twice as many participants donated to the eight children.

“Ironically, some of the most effective fundraising appeals may be less feasible or inefficient for raising and deploying resources,” the authors write. They suggest that a message that enhances a donor’s feeling of efficacy can be a useful tool.  “With a more nuanced understanding of how perceived efficacy influences generosity, industry professionals can gain further insight into how charitable giving can be encouraged – multiple beneficiaries at a time.”
Share / Print
Back to Top