The Rise, Fall, And Rise? Of The Conglomerates 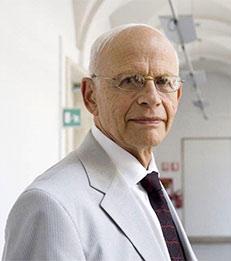 By Baruch Lev
Conglomerates — companies with entities operating in different industries or lines of business ― were in vogue for most of the 20th century. History buffs are surely familiar with the large conglomerates of the 1960s and 1970s, like Ling-Temco-Vought (LTV) with its dozen different lines of business (consumer electronics, tennis rackets, packaged meat, aircraft, steel, etc.), ITT Corp., and Litton Industries. A reporter at the time even gushed that “it is theoretically possible for the United States to become one vast conglomerate.” This came about because most of the mergers in the 1960s and 1970s were conglomerate (buyer and seller operating unrelated businesses), since horizontal (same industry) and vertical mergers were closely scrutinized and often rejected by FTC regulators.

Contrary to the hype, all those conglomerates petered out sooner or later for the simple reason that there was no economic justification for their existence. If an investor wishes to diversify and have stakes in, say, airlines, oil and gas, and insurance, he or she can simply buy shares in companies operating in these industries. Investors don’t need conglomerate companies to do the diversification for them. The alleged synergies and the benefits of “internal capital markets” touted by conglomerate executives turned out to be chimera. Conglomerates didn’t create any efficiencies and they were very hard to manage. They were, in fact, power grab and empire building by executives at the expense of unsuspecting, easy-to-hype investors.

____
Baruch Lev is the Philip Bardes Professor of Accounting and Finance.
Share / Print ▼