Soldier, financial guru and hip-hop legend: who was the real Hamilton? 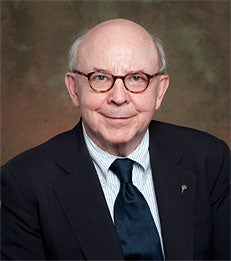 ...from humble beginnings, Hamilton had had a shot to help write history – and he didn’t throw that one away.

It’s the end of the first act of Hamilton, Lin-Manuel Miranda’s runaway musical smash about the US founding father. The Americans have just won a decisive victory over the British at Yorktown, Virginia, in 1781. Alexander Hamilton and the Marquis de Lafayette meet at centre-stage and say: “We’re immigrants. We get the job done.”

Break it down: how Hamilton mashed up musical theatre and hiphop
Read moreMiranda’s parents migrated from the Caribbean to New York; Hamilton himself made that journey two centuries earlier. Born on Nevis in the British West Indies, he arrived on the American mainland aged 15. Aaron Burr, his future nemesis, begins the musical by asking how a “bastard orphan, son of a whore and a Scotsman”, could rise in life to help found a new nation. The answer is that, along the way, Hamilton, like so many immigrants, worked harder than most, becoming a soldier, lawyer, finance minister and then duelist. He excelled at all of these – except the last.

The British historian Paul Johnson called Hamilton “a genius – the only one of the founding fathers fully entitled to that accolade”. But what does that mean? As a teenage pamphleteer, Hamilton agitated for American independence and then fought for it as a soldier for more than six years. His skills and performance as an artillery captain meant he was quickly promoted to principal aide de camp to General George Washington, and it’s fair to call theirs one of the most significant partnerships in all of American history. As an infantry commander, Hamilton led several hundred troops in a bayonet charge to capture the British position at Yorktown, which effectively marked the end of the war.

Read the full article as published by The Guardian.