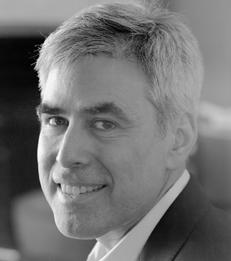 By Jonathan Haidt
The early chapters of our book, The Coddling of the American Mind, are about a set of destructive and illiberal ideas that emerged on American college campuses in the years 2014-2016. Because campuses lean decidedly left, these chapters are critical of ideas and practices associated with the left. But we worked hard to take a holistic and multi-faceted view of the problem, and we devoted a full chapter—chapter 6—to situating campus events within the broader American culture war in which each side drives the other to do ever-more-outrageous and illiberal things. In fact, we opened the chapter with Newton’s third law and then we modified it for life in a polarization spiral: “for every action there is a disproportionate reaction.”

As probably will surprise no one, the polarization spiral between the left and the right has only gotten more intense in the last three years. Most alarming is the growing acceptance of political violence as a justifiable method for achieving political goals. A survey in 2019 found that approximately one-fifth of partisans in both parties believed that violence against the opposing party would be at least “a little” justified if their party lost the 2020 election. Between 2020 and 2021 the share of students surveyed who said violent protest was “never acceptable” dropped from 82% to 76% and at most elite schools it was even lower.

We now know a lot more about the polarization spiral and who is driving it. The Hidden Tribes study, published in 2018 by the UK-based group More In Common, surveyed 8,000 Americans in December 2017 and used a statistical technique to identify groups of people who had similar core beliefs. They found seven groups. The one furthest to the right they labeled the “Devoted Conservatives.” This group makes up 6% of the population. Its members are “deeply engaged with politics” and hold “strident, uncompromising views.” Devoted conservatives see themselves as the last defenders of traditional values that are under threat from the far left. This group was clearly overrepresented in the attack on the US Capitol in January 2021.