The Muddled State of Accounting Convergence 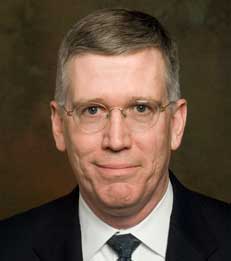 When will there be true comparability of US and international financial reports?

Yet while each appears willing to compromise, none seems ready to cede decision-making rights. They could be saying, to paraphrase St. Augustine: “Lord, make me converge, but not yet.”

The first primarily involves the SEC. On May 26, the SEC’s Office of the Chief Accountant proposed an approach for incorporating IFRS standards into US financial reporting requirements: the FASB would endorse individual IFRS over a five-to-seven-year period, modifying them when necessary to protect US investors.

For instance, the European Union engages in a lengthy process of endorsing each IFRS. These endorsement processes constitute ex post vetoes of and thus yield ex ante leverage over IFRS. The watered-down hedge accounting and impairment requirements in IAS 39 are evidence of the detrimental effects of this process.

The second and third events pertain to two subprojects within the FASB and IASB’s joint project on accounting for financial instruments: impairment accounting and gross versus net balance-sheet presentation of derivatives covered by netting agreements.

Regarding impairment accounting, on January 31, the FASB and IASB issued a supplementary document proposing a largely converged approach. This approach combines aspects of earlier FASB and IASB proposals, although tilted strongly toward the latter.

Specifically, the FASB’s earlier proposal reflected concern that FAS 5’s current incurred loss model—which requires and allows accounting recognition of credit losses only if those losses are incurred, probable, and can be reasonably estimated—yielded pro-cyclical under-reserving by banks for loan losses during the boom preceding the financial crisis.

To mitigate this pro-cyclicality, the FASB proposed requiring firms to recognize the expected credit losses on financial assets over the reasonably foreseeable future—moving toward an expected-loss approach to credit-loss reserving. If implemented, this approach would yield substantial increases in banks’ allowances for loan losses during boom periods.

In contrast, the IASB’s earlier proposal reflected its desire to match the timing of interest revenue and credit losses on financial assets for which no asset-specific indicator of impairment was yet present (the so-called “good book”). This approach would defer the recognition of credit losses on the good book compared to current GAAP and bank regulatory practice—thus reducing, not increasing, banks’ allowances for loan losses and other accruals for credit loss during boom periods.

To address the FASB’s concern, the converged approach of the joint FASB-IASB supplementary document placed a floor on recognition of credit losses for the good book equal to the expected credit losses on financial assets over a short horizon, such as one year.

But this floor is essentially identical to current bank regulatory practices and so would do little to increase banks’ allowances for loan losses during boom times. Moreover, feedback from IASB constituencies on the FASB website suggests considerable political pressure from international voices to reduce or eliminate any floor.

Thus, I’m skeptical that a converged standard will meaningfully address the FASB’s concern about pro-cyclical under-reserving.

Regarding gross versus net balance-sheet presentation of derivatives, the FASB and IASB initially proposed a converged approach where derivatives would be presented gross on the balance sheet except in the heretofore atypical case of unconditional (e.g., novation) netting agreements. This approach is closer to the current international IAS 39 approach than to the GAAP approach in FIN 39, which allows net presentation for typical conditional (e.g., close-out) netting agreements.

While gross versus net presentation of derivatives may seem a technicality, the existing differences in GAAP and IFRS typically yield the single largest quantitative difference in large financial institutions’ balance sheets.

On June 14, the two boards jettisoned convergence on this project. The IASB continues to propose requiring gross presentation except for unconditional netting agreements. In contrast, four of seven FASB board members now favor the approach in current GAAP (FIN 39).

How much of this disagreement between the boards is attributable to differing existing standards versus feedback from constituencies is hard to know. Motivating the FASB may be the fact that many of the largest, and thus most affected, global derivatives dealers are US firms.

These two events illustrate that shotgun marriages of existing accounting standards or proposals do not reliably yield meaningful convergence.

Wary of international politics, I do not necessarily recommend convergence. But if the three rule-makers are serious about it, perhaps they should, like St. Augustine in his garden, set aside doubt and delay and, paraphrasing once more, “take up and converge.”
Share / Print