What Happens to Local Newspapers Under Private Equity Ownership? 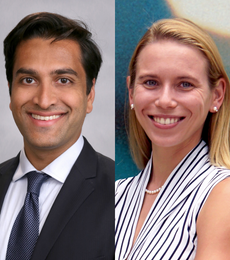 Why study this now: According to the researchers, the decline of the newspaper industry over the past decades has “generated substantial alarm among political scientists” due to the significant impact of media on political outcomes in the U.S.

Local newspapers struggle to compete with social media and other online sources of content, both of which are known to focus less on local governance. At the same time, voters’ knowledge of local policy issues has also declined.

What the researchers found: Analyzing 1,610 unique daily newspapers, the study revealed that:
Key insight: The co-authors of this study conclude that “this civic engagement result is unambiguously negative, as voter knowledge of local policy issues and participation in the political process are crucial for local government accountability and, ultimately, a functioning democracy.”

What does this change: Although PE ownership can maximize profits for a newspaper, there are significant tradeoffs to this strategy, specifically as it relates to publishing local governance content.

Final takeaways: While there are short-term benefits to PE buyouts of local newspapers, the resulting shifts in content can negatively impact the ability of readers to make informed decisions about local policy issues.
Share / Print ▼

"All Clear for Takeoff: Evidence from Airports on the Effects of Infrastructure Privatization,"
— 11.2.22
"Work From Home and the Office Real Estate Apocalypse,"
— 7.25.22
"Does Private Equity Investment in Healthcare Benefit Patients? Evidence from Nursing Homes,"
— 3.2.21