What’s yours is mine (at least for now): The rise and impact of the sharing economy 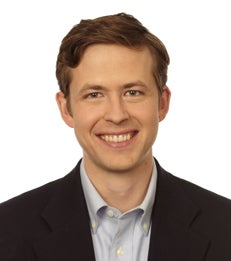 A better understanding of these markets, and progress in resolving the policy debate about regulating them, requires elucidating what economic problem these markets address, why they are emerging now, and what their properties are likely to be in both the short and long runs.

Internet-driven innovations continue to trigger a cascade of structural economic changes, one of which may turn out to be the nature of ownership in the age of the sharing economy. Uber has already become a verb and would-be renters conduct Google searches to find “AirBnb-type” services for items as diverse as iPads, bicycles, and event space. NYU Stern Professor John J. Horton investigates the characteristics and impact of the peer-to-peer (P2P) sharing economy in “Owning, Using and Renting: Some Simple Economics of the ‘Sharing Economy.’”

Professor Horton and co-author Richard Zeckhauser, of Harvard’s Kennedy School, set out to analyze the determinants of ownership, rental rates, quantities, and surplus generated in P2P sharing markets, where owners rent out their durable goods when not using them for personal consumption. They wanted to find out when and why consumers decide to rent an asset, what might motivate them in the long run to purchase it, and how their behavior might affect patterns of consumption and ownership. “A better understanding of these markets, and progress in resolving the policy debate about regulating them, requires elucidating what economic problem these markets address, why they are emerging now, and what their properties are likely to be in both the short and long runs,” the authors state.

They describe how P2P rental markets became feasible as the Internet matured and its usage spread, along with the proliferation of smartphones and their high-resolution digital cameras. Additionally, the evolution of social networks and development of sophisticated referral and feedback software has helped overcome the problem of trust among strangers – a dicey proposition compared to renting from traditional (and regulated) firms.

To complement their model of the sharing economy and gain insights into what goods are likely to be "shared" in practice, the authors conducted a survey of consumers, asking questions about how they use various goods. They found that the items most likely to be rented/shared are relatively expensive; their owners can predict when they will not be using them; and there are large chunks of time between uses by their owners. Boats and vacation homes are the typical items that share all three attributes; some goods that aren’t currently rented out – but conceivably could be – include kids’ bouncy castles, tuxedos, and lawnmowers.

Because of the ways consumers use goods in P2P rental markets, the authors suggest, firms might alter the goods that they offer, either designing them to facilitate their occasional rental (e.g., locks on cars and houses that allow remote entry) or embedding sensors to enable their usage to be monitored over the Internet, thus facilitating nearly seamless trade.

___
John Horton is an Assistant Professor of Information, Operations and Management Sciences.
Share / Print
Back to Top