Where and Why Fintech Thrives in Sub-Saharan Africa 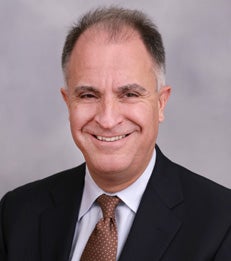 The striking pattern that emerges in my data shows that the Fintech sector is far more vibrant in common law countries than civil law countries in sub-Saharan Africa.


Growth in the Fintech sector in sub-Saharan Africa has been uneven, with some countries far outpacing others. NYU Stern Professor David Yermack investigates possible causes in a new working paper, “FinTech in Sub-Saharan Africa: What Has Worked Well, and What Hasn’t.”

The overall Fintech sector in sub-Saharan Africa remains small compared with worldwide investment in the sector. However, growth rates of Fintech services for consumers in the payments, digital currency, social media, and micro credit areas have accelerated, especially in certain countries. Professor Yermack analyzes Fintech infrastructure as well as outcomes in financial inclusion and Fintech applications and finds that countries where growth is accelerating fastest have more advanced electrical and communications infrastructures – and that those, in turn, are a function of the underlying legal system.

In Africa, the large majority of countries use systems derived from either English common law or French civil law. Whereas the type of legal system in a country had been previously shown to affect financial market growth and liquidity, Professor Yermack’s study demonstrates that it affects the state of fintech and financial outcomes also. “The striking pattern that emerges in my data shows that the Fintech sector is far more vibrant in common law countries than civil law countries in sub-Saharan Africa,” he says.

For example, of the common law countries, which include Botswana, South Africa, and Mauritius, the mean penetration of Facebook – which the study considers a Fintech indicator – is nearly double that in the civil law group, which includes Congo, Ethiopia, and South Sudan. Similarly, the number of Bitcoin clients per capita is more than 8 times greater.

Professor Yermack explains that the infrastructure required for Fintech has been built out much more extensively in the common law countries because they typically provide more investor protection and achieve lower costs of capital and greater liquidity for investors, and thus favor the development of infrastructure such as electric power, telecom, and internet. These conditions lay the groundwork for a robust Fintech sector, and lack of infrastructure appears to be the largest impediment to more rapid Fintech growth and financial inclusion.
Share / Print
Back to Top