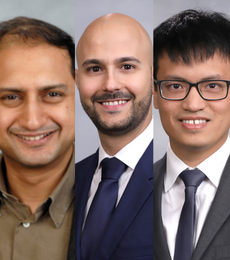 By Viral Acharya, Simone Lenzu and Olivier Wang
Since the housing and banking crisis in Japan in the early 1990s, regulatory forbearance towards banks has been increasingly combined with accommodative monetary policy in a bid to restore economic growth. Such forbearance typically consists of explicit or implicit government guarantees to depositors and other creditors, as well as various forms of liquidity support from the central bank, while simultaneously allowing a delayed recognition of stressed or non-performing loans on bank balance-sheets. This combination of policies also found favour in the euro area periphery countries following the Global Crisis of 2007–08 and especially after the sovereign debt crisis in 2011–12. The operative period of this policy mix seemed to have become protracted relative to the initial intentions and expectations, while the impact on economic growth has remained muted. The global policy response to the COVID-19 pandemic has revived the debate regarding the efficacy of large-scale interventions aimed at stabilising the economy in response to large economic shocks. The combination of ultra-loose monetary policy and regulatory forbearance has raised the spectre of worldwide ‘zombification’ (Group of Thirty 2020, Laeven et al. 2020).

Starting with the seminal studies of Peek and Rosengren (2005) and Caballero et al. (2008) on the Japanese economy, a growing body of research attributes the ineffectiveness of policy in improving long-term economic outcomes to credit misallocation. In particular, weakly capitalised banks use regulatory forbearance to extend new credit or evergreen existing loans to their stressed borrowers, even as healthier firms in the economy experience adverse spillovers from the resulting proliferation of ‘zombie’ firms.

In a recent paper (Acharya et al. 2021), we review the empirical evidence on zombie lending and its real effects, and propose a theoretical framework consistent with this evidence to analyse how policy can affect the efficiency of credit allocation and long-term economic outcomes. A central contribution of our model is to highlight the role played by central bank and regulatory policies in shaping banks’ incentives, and thereby the equilibrium allocation of credit. We focus on the two most important components of policy for bank incentives: the interest rate set by conventional monetary policy; and ‘forbearance policy’, whose generosity captures a host of government guarantees and unconventional policy actions that subsidise bank lending.

___
Viral Acharya is the C.V. Starr Professor of Economics
Simone Lenzu is an Assistant Professor of Finance
Olivier Wang is an Assistant Professor of Finance
Share / Print ▼
"Where Has All the Liquidity Gone?,"
— 10.7.22
"The Making of Fallen Angels—and What QE and Credit Rating Agencies Have to Do with It,"
— 2.16.22
"A Checklist Manifesto for India to Effectively Fight Omicron at the Gate,"
— 1.2.22
"Are Bank Credit Lines the New Source of Financial Fragility?,"
— 11.30.21
"What Happens to Productivity When Large Companies Move to an Area?,"
— 8.8.21