A Semester Abroad in China 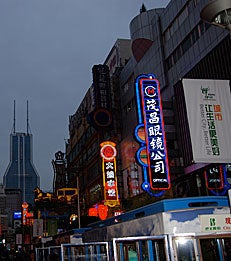 My choice was China, since the country has achieved staggering growth over the past few years and become a primary focus for businesses.

During my undergraduate years, when I studied government & economics, I heard a continuous mantra, “the world is flat.” Then, soon after its publication in 2005, Tom Friedman’s book of the same title quickly became a standard feature on numerous syllabi. His commentary on globalization gained wide acceptance in both the academic and popular arenas. Friedman argued that “you can innovate without having to emigrate,” an idea welcomed by aspiring investors who hoped to capitalize on the newfound fortunes of the BRIC countries while avoiding long plane rides and jetlag. Despite the initial excitement surrounding Friedman’s theory, recent trends seem to refute its validity. Indeed, successful companies in emerging economies are characterized not by exhibiting a single global strategy but rather by embracing various local approaches.

These developments and trends, along with readings and discussions in Stern Professor Sonia Marciano’s strategy course last fall, persuaded me that one really must move abroad, at least for a time, in order to innovate in a new and distant market. It was in that class that I was introduced to the concept of “the world is spiky” which argues that a small number of cities and regions drive the world economy. While those areas expand at dizzying rates, their more static competitors fade. One critically important characteristic of successful sites is that they attract talented people who hold innovative ideas. Portrayed as innovation centers, these places have become magnets for those with boldness and ability.

Following the spiky angle, I decided to study abroad. My choice was China, since the country has achieved staggering growth over the past few years and become a primary focus for businesses. China is no longer solely a production resource; it has emerged as a viable consumer base with companies racing to establish a presence in the country. Later this August, I’ll relocate to Beijing and begin attending Peking University for a semester abroad. I am excited to improve my Mandarin, expand my knowledge about Chinese business practices, and learn about e-commerce in Asia. I hope to witness firsthand China’s remarkable growth, understand its potential, and test out whether any of my business ideas might come to fruition in this exploding economy and among an increasingly educated and skilled workforce.
Share / Print