Studying Abroad in the Land Down Under 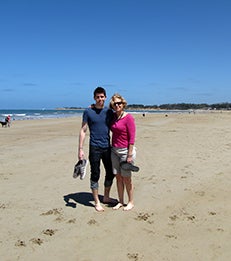 While I’m here in Melbourne, I want to take some time to discover myself a bit, explore my father’s roots, see what it’s like to live as a true Australian and work on certain areas of self improvement.

Coming to Australia has been a blessing; I have celebrated my 21st birthday here with my parents and extended family and friends, I have already explored much of Melbourne and the surrounding region, I have enjoyed the beautiful weather, and I have started my studies at the wonderful University of Melbourne campus. And I’m just getting started! 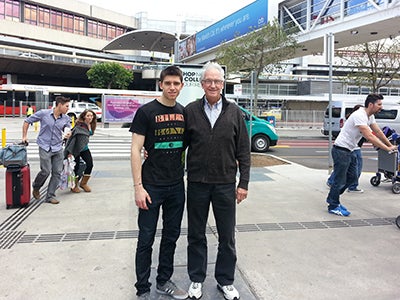 I arrived a few days before my birthday, and my dad actually surprised me at the airport. My mom showed up a bit later on, and it was probably the best birthday present I could have asked for! My dad is actually Australian, and that’s the main reason I decided to come down to Melbourne for Stern’s International Business Exchange (IBEX) Program, to explore my family roots. Having my parents help me kick off this adventure was the most wonderful thing.

After arriving, jet lag hit me pretty quickly. But there wasn’t much time to adjust because Registration Day at The University of Melbourne was on the day after I landed. Registration was epic – some 600 students from all over the world, granted there were a lot of Americans. But I ended up sitting with a crew from Brazil. I speak a little Portuguese, so that was a great conversation starter (always look for similarities)! 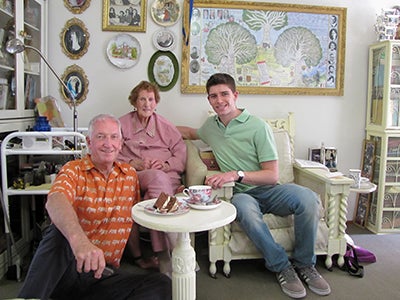 After registration day, I spent the weekend visiting family friends and relatives. I was actually able to make it to my Great Aunt’s 99th birthday! When I walked in the door, she said “Jack, last time I saw you, you were only 7.” She definitely has a pretty good memory for someone who’s been around for nearly a century. She even recounted a bit of a story about seeing the Royal Highness the Duke of York at opening of the Australian Old Parliament House when she was just 12. Following this, I stayed at a family friend’s place in Geelong, which isn’t far from Melbourne. We went for drives out to the beach and the beginning of the Great Ocean Road. My favorite stop was Tourquay, which is the home of Rip Curl and a regular spot for international surf competitions. The Great Ocean Road region runs to the south west of Melbourne and is famous for its surf culture and has produced some great legends like Wayne Lynch. 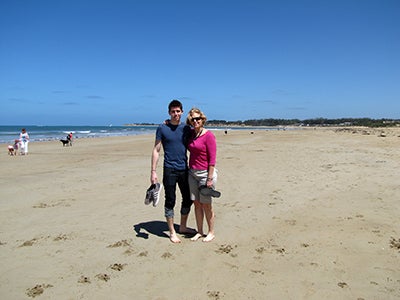 After the weekend, Orientation Week started, or O-Week as it’s referred to here. O-Week is full of festivities and different clubs on campus trying to vie for new members. You see participants dressed as trolls, people on snowboards in the middle of winter and dance clubs breaking out all of their moves on the south lawn of campus. I joined up for the surf club, the University Network for Investing and Trading, and the Melbourne University Student Exchange club (MUSEX). MUSEX is really cool because they host a number of outings, parties and events for international students as well as locals.

After O-Week, classes actually start, even though they feel like they never will. 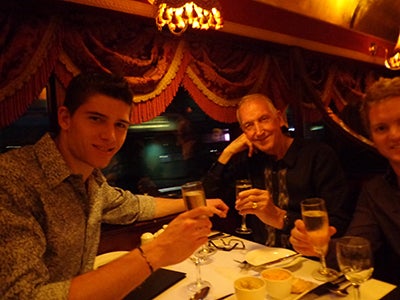 So I’ve been here for a few weeks, but it still feels like I haven’t even settled in. Having spent the first weeks of my stay visiting family and friends probably makes my study abroad experience a bit different; I have more family in Melbourne than I do in New York. But I’m slowly getting to know people from the University of Melbourne and making my own friends. I’m excited for the semester and happy to have a bit of a break from the city. While I’m here in Melbourne, I want to take some time to discover myself a bit, explore my father’s roots, see what it’s like to live as a true Australian and work on certain areas of self improvement.

Oh, and of course, I have to get an Aussie accent by the time I leave!
Share / Print