No Easy Way Out for Greece’s Stakeholders 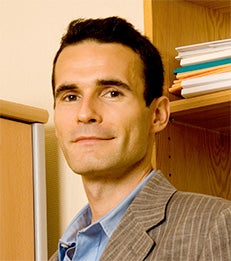 ...the collapse in Greek aggregate investment was unprecedented in its persistence and magnitude.

Economists and bankers bedeviled by the Greek economic crisis and the ongoing debate about how to resolve it -- with Germany advocating further austerity and the International Monetary Fund recommending debt relief -- might feel like Odysseus as he contemplated a way through the Straights of Messina. NYU Stern Finance Professor Thomas Philippon’s new research leads to the conclusion that Greece’s crisis is so extreme that it might need both debt relief and austerity.

In “The Analytics of the Greek Crisis,” Professor Philippon and co-authors Pierre-Olivier Gourinchas, of the University of California, Berkeley, and Dimitri Vayanos, of the London School of Economics, show that Greece experienced three quasi-simultaneous and interlinked shocks: a sudden stop, or the abrupt withdrawal of private foreign capital, starting in 2009; a sovereign debt crisis, with rapidly deteriorating fiscal accounts in 2008 and 2009, culminating in a sovereign default in 2012; and a banking crisis that resulted in 2008 in a bursting of a credit boom in the private, non-financial sector.

The authors created an analytics model demonstrating that the Greek crisis is significantly more severe, persistent, and back-loaded than that of countries that experience a typical sudden stop with a collapse of output. As they describe it, “the collapse in Greek aggregate investment was unprecedented in its persistence and magnitude.”

Among the conditions that led to this perfect storm were the chronically low level of government savings, a relatively low level of corporate investment driven exclusively by domestic firms, a sharp decline in private savings, an astonishing rise in the ratio of government debt to GDP, and an extensive program of financial liberalization that took place in the late 1980s and the 1990s that paved the way for a credit boom. “It was also fueled by easier access to foreign capital following Eurozone entry (and the anticipation of it),” the authors write.

Why was the Greek crisis so bad then? They conclude that Greece experienced a typical emerging market crisis (sudden stop, sovereign default, credit bust), but with the levels of exposure of an advanced economy. The typical emerging market enters a crisis episode with debt to GDP ratios (private and sovereign) of less than 50%. Greece entered with more than 100%. And, before the crisis, “precious few” accommodation mechanisms were in place. This is why the resolution of the Greek crisis lies somewhere between a rock and a hard place.