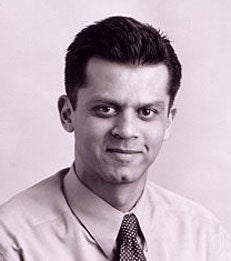 Professor Deo will play a critical role in sustaining the great momentum of academic excellence the Undergraduate College has enjoyed as we deepen the academic experience of undergraduates through new and innovative course offerings that further our intellectual mission.

In this role, Professor Deo will work closely with Stern faculty to ensure academic excellence on behalf of Stern’s Undergraduate College and its 2400 students. He will oversee the curriculum in NYU’s Washington Square location, as well as in NYU’s portal campuses and global academic centers. He will also provide curricular oversight to NYU Stern’s International Business Exchange program with 18 academic partners around the world.

Professor Deo brings more than 15 years of experience as a researcher and educator to this new role. His primary research areas include econometric models, financial data modeling, forecasting, stochastic volatility, and time series analysis. He has served in numerous leadership roles as a scholar, including associate editorships at the Journal of the American Statistical Association and the Journal of Business and Economic Statistics.

Furthermore, Professor Deo is the recipient of multiple teaching awards, including Professor of the Year in 2009 from Stern’s fulltime MBA students, Great Professor in 2009 and 2011 from executive MBA students, and Stern’s Pedagogical Innovation Award in 2010.