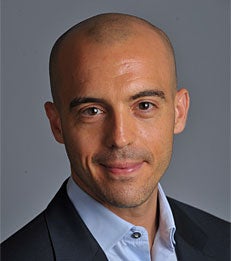 The important contribution of our method is that it avoids known biases in current methods such as homophily bias. Homophily means that we tend to make friends with people like ourselves.

In a new paper, published today in Science, Sinan Aral, NYU Stern Assistant Professor of Information, Operations and Management Sciences, and his co-author Dylan Walker, a research scientist at Stern, present a new method to measure influence and susceptibility in social networks.

“The important contribution of our method,” explains Aral, “is that it avoids known biases in current methods such as homophily bias. Homophily means that we tend to make friends with people like ourselves. For example, if two friends adopt a product or behavior one after the other, current methods have a hard time distinguishing whether it is because of peer influence or if the friends simply have similar preferences and thus behave similarly.”

Aral and Walker used their method to measure influence and susceptibility in the adoption of a commercial movie application on Facebook among 1.3 Million users. They found that:

This new method has a wide variety of applications, such as developing effective targeting strategies to spread products or behaviors in society. “We combine estimates of influence and susceptibility with estimates of people’s natural tendency to adopt a product to devise precise and accurate targeting strategies for spreading the product or behavior in the population,” explains Aral. “This is certainly important for targeted advertising and viral marketing of products but can also be used to affect social good. We are now working on applying the same science to promote HIV testing in Africa and other positive behaviors including exercise and political awareness.”

Some, like Malcolm Gladwell, author of The Tipping Point, argue that influential individuals catalyze the diffusion of opinions, behaviors and products in society. Others contend that it is not a small number of influential individuals but the prevalence of susceptible individuals that catalyze social contagions. Aral and Walker’s work shows that, “it is the joint distribution of both influence and susceptibility in the network which together determine the pattern of the contagion and someone’s importance to the propagation of behaviors in a population.”

Professor Aral's research focuses on social contagion and measuring and managing how information diffusion in massive social networks affects information worker productivity, consumer demand and viral marketing. He also studies the role of information and information technology in the productivity and performance of firms.

To read the full paper, visit the Science website.