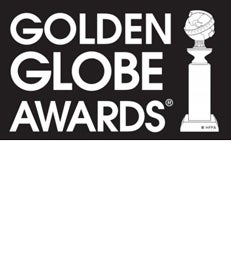 Fifteen members of the NYU alumni community were among the nominees in nine categories when the Hollywood Foreign Press Association announced its nominations for the 73rd Annual Golden Globe Awards on December 10, 2015. All nominees heralded from the Tisch School of the Arts with the exception of Aziz Ansari, an alumnus of the Stern School of Business.

Hollywood’s second highest film honors, the Golden Globes are watched by film industry insiders as an indicator of what could be in store at the Oscar ceremonies in February. The 2016 Golden Globe Awards will air Sunday, January 10, 2016 on NBC from 8-11 p.m. eastern time, with host Ricky Gervais. Below is a full list of all alumni nominees, categories and projects:

Best Performance by an Actor in a Television Series – Musical or Comedy
Aziz Ansari ’04 (BS, Stern School of Business)
Master of None

Best Performance by an Actress in a Limited Series or Motion Picture Made for Television
Lady Gaga (Drama)
American Horror Story: Hotel

Best Performance by an Actress in a Supporting Role in a Series, Limited Series, or Motion Picture made for Television
Maura Tierney ’89 (BFA, Drama)
The Affair
Share / Print
Shonna Keogan
(212) 998-6796