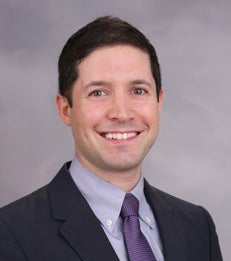 While the committee has been criticized for favoring procedures performed by committee members, our research finds that even though there is a level of bias, Medicare gains valuable information to use in setting prices.

NYU Stern Professor Michael Dickstein’s research paper, “Industry Input in Policymaking: Evidence from Medicare,” investigates how the composition of the American Medical Association’s Relative Value Scale Update Committee (RUC) influences the prices Medicare pays physicians. Co-authored with Professor David Chan, a faculty fellow at the Stanford Institute for Economic Policy Research, the paper analyzes whether committee members exhibit biases in their recommendations, and if they do, how much it affects relative prices within Medicare.

“The RUC, currently comprised of 31 members, mostly specialists, advises Medicare on the relative value of new and existing procedures,” explained Prof. Dickstein. “While the committee has been criticized for favoring procedures performed by committee members, our research finds that even though there is a level of bias, Medicare gains valuable information to use in setting prices.”

Released as a working paper by the National Bureau of Economic Research, the paper examines the results of studying deliberations on 4,423 fee proposals from 1992 to 2013. The researchers found an increased likelihood that committee members will recommend higher prices for procedures they are familiar with – either because the specialty they represent performs the procedure directly or an affiliated specialty does.

Eliminating the affiliation mechanism would reallocate $13.4 billion yearly in payments. While internists and family medicine practitioners complain about being paid less than specialists, the study shows that affiliation benefits them because they bill services in common with many other RUC members, including standard office visits. Even doubling the number of internists on the RUC would increase their payments by less than 1 percent.

Dickstein continued, “Because Medicare knows relatively less about the intensity of a procedure than the doctors who perform it, it benefits from even biased information. Overall, the RUC’s work improves the quality of information used in setting public prices and undoing this bias may worsen information.”

This research has implications for pricing-setting outside of Medicare. The RUC’s recommendations influence $70 billion in annual Medicare spending and half a trillion dollars in other public and private spending for physician services that generally follow Medicare’s pricing decisions.