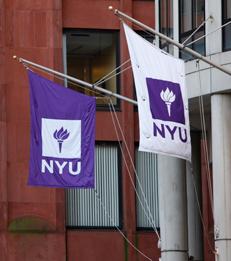 In fiscal year 2015, concurrent settlements with public company defendants increased for SEC administrative proceedings but decreased for civil actions. --Stephen Choi
New report draws on recently launched Securities Enforcement Empirical Database (SEED)
A report issued jointly by the NYU Pollack Center for Law & Business and Cornerstone Research reveals that the U.S. Securities and Exchange Commission (SEC) filed 76 percent of its enforcement actions against public company defendants as administrative proceedings in fiscal year (FY) 2015. At the same time, constitutional challenges to these in-house actions continued to gain momentum. Both the number and percentage of SEC actions filed as administrative proceedings against public company defendants have more than tripled since FY 2010.

Overall Increase in Enforcements
The SEC initiated a record 807 enforcement actions in FY 2015, up from 755 in FY 2014. Fiscal year 2015 represented a 7 percent increase compared to the preceding record-breaking fiscal year of 2014, and was 10 percent above the median for FY 2010 through FY 2015.

“In fiscal year 2015, concurrent settlements with public company defendants increased for SEC administrative proceedings but decreased for civil actions,” commented Professor Stephen Choi, the Murray and Kathleen Bring Professor of Law at the NYU School of Law and Director of the Pollack Center for Law & Business. “The recent disparity in concurrent settlements between different enforcement venues appears to be driven by the Commission’s expanded use of administrative proceedings.”

Allegations
Alleged violations of either Issuer Reporting and Disclosure provisions of the securities laws or the Foreign Corrupt Practices Act (FCPA) accounted for 85 percent of the SEC actions filed against public company defendants in FY 2015.

“After the SEC announced a new initiative aimed at preventing and detecting improper financial reporting, the majority of cases against public company defendants in recent years have focused on these concerns,” said Dr. David Marcus, a Senior Vice President of Cornerstone Research.

Additional findings on SEC enforcement actions against public company defendants are available in the report.

About the NYU Pollack Center for Law & Business
Established in 1997, the NYU Pollack Center for Law & Business is a joint venture of the NYU School of Law and the Stern School of Business. Its mission is to enrich the teaching curriculum at both schools in areas where law and business intersect; to facilitate professional interaction and academic research by faculty who share an interest in the structure, regulation, and function of the market economy; and to contribute to the public welfare by supporting scholarship that assists governmental and private policymakers in their pursuit of enhanced business productivity.

About Cornerstone Research
Cornerstone Research provides economic and financial consulting and expert testimony in all phases of complex litigation and regulatory proceedings. The firm works with an extensive network of prominent faculty and industry practitioners to identify the best-qualified expert for each assignment. Cornerstone Research has earned a reputation for consistent high quality and effectiveness by delivering rigorous, state-of-the-art analysis for over 25 years. The firm has 600 staff and offices in Boston, Chicago, London, Los Angeles, Menlo Park, New York, San Francisco, and Washington.
Share / Print ▼