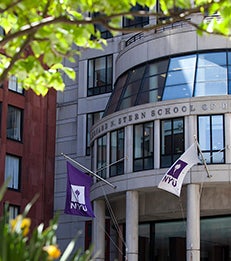 Learn more about each speaker through their biographies below and about Stern’s Executive MBA programs in NYC and Washington, D.C. here. 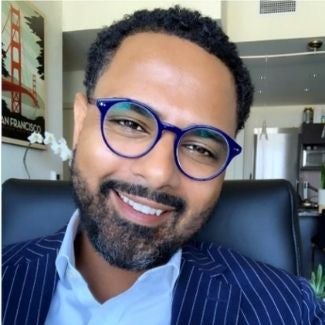 Nate’s values have been forged in the heat of his lived-in experiences, born to refugee parents who faced torture and lived in refugee camps in the Sudan before fleeing to the United States for a better life and a testament of hard work, optimism, and faith in the enduring promise of the American Dream.

Previously serving in President Obama’s administration as a Senior Advisor, Nate currently is a Technical Advisor and Corporate Strategy Leader to the Chief Technology Officer at Microsoft. Nate joined the CTO’s office after directing Product Management & Planning at Microsoft Artificial Intelligence (AI) & AR/VR and as a member of the task force advising Microsoft’s vision and social-ethical responsibilities for AI Video Surveillance. As a person of color, he provides a diverse perspective addressing challenges with algorithmic biases against minorities, hoping to create an equitable solution for an inclusive world.

Nate graduated from the University at Buffalo School of Law as a Barbara and Thomas Fellow for Human Rights and clerked for NYS Supreme Court’s Hon. Paula Feroleto. Elected Class Director, he received the Hon. Green Commencement and Alumni Trailblazer Award.

Following graduation, Nate became Associate General Counsel at the Money Management Institute, representing the wealth management industry to the U.S. government during the sweeping regulatory overhaul of the U.S. financial industry in the aftermath of the Great Recession and the creation of the Dodd-Frank Wall Street Reform Act. Recognition of this work led to his political appointment by President Obama as the Senior Advisor to the Chief Investment and Innovation Officer, U.S. Small Business Administration. His team managed a $26B private equity fund and a $3B innovation grant, investing capital in business and R&D. He was a Team Leader for the Community Development Financial Institutions Fund, U.S. Department of Treasury and a member of the White House Broadband Council and the White House Business Council. He was among the inaugural class of leaders drawn from the Executive Branch selected for the White House Economic Leadership Program. 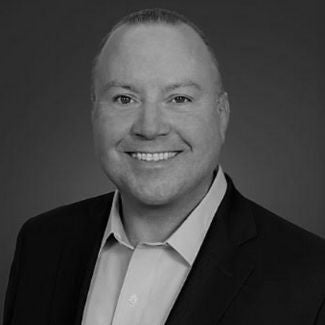 Dr. Stauffer is an executive biotech/pharma physician and the Founder of Alta Life Sciences, LLC., a boutique pharmaceutical/investment consulting firm based in Princeton, NJ. He is currently the Chief Medical Officer (CMO) of Antibe Therapeutics, a Toronto based public biotech. Since 2004 he has served as CMO in both public and private specialty pharma/biotech companies. From 2004-2009 he was CMO at Alpharma Pharmaceuticals, and the architect of the clinical development program for EMBEDA, the first abuse-deterrent long-acting opioid analgesic approved by the FDA. His medical practice and clinical research experience spans over 25 years, having built teams of physicians, scientists, Medical Science Liaisons, regulators, and safety experts in support of clinical development projects, marketed brand drugs and devices. Areas of expertise include acute and chronic pain, oncology supportive care, pruritus, peri-operative medicine, neuroanesthesia and neonatal-adult critical care. From 2014-2018 he served as CMO of Cara Therapeutics and was instrumental in raising CARA’s secondary offerings on the heels of positive phase 2/3 clinical data resulting in $80M, $92M and $98M of new equity financing in 2015, 2017 and 2018 respectively. In 2020 he helped raise $25M in bridge financing for Antibe Therapeutics.

He practiced clinically for eight years, first as a Navy general medicine physician and then as an Anesthesiologist. He completed residency training in Anesthesiology & Critical Care Medicine at the Johns Hopkins University Hospital and maintained an appointment as part-time Assistant Professor in the Department of Anesthesiology & Critical Care Medicine at the Johns Hopkins University School of Medicine through 2016. He received his medical degree from the Philadelphia College of Osteopathic Medicine and his MBA from a joint program (TRIUM) between New York University Stern School of Business, London School of Economics (LSE) and HEC (Hautes Etudes Commerciales) School of Management in Paris. Dr. Stauffer is a veteran of the US Navy, honorably discharged as a Lieutenant Commander after serving 10 years as a Naval Medical Officer. He maintains an active Pennsylvania physician medical license.