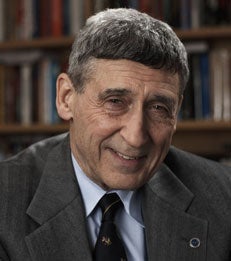 Professor Gomory described the rapid economic growth of China, which has led to an increase in imports of Chinese goods, a decrease in the US’ productive capability and a significant trade imbalance. This has been accompanied by improved corporate profits and downward pressure on wages and employment levels.

In conclusion, Professor Gomory called for new policies to better align the goals of US corporations with the needs of the American people.