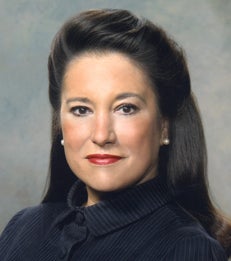 New York University Stern School of Business, located in the heart of Greenwich Village, is one of the nation’s premier management education schools and research centers. NYU Stern offers a broad portfolio of academic programs at the graduate and undergraduate levels, all of them informed and enriched by the dynamism, energy and deep resources of the world’s business capital.

To RSVP to NYU Stern’s Graduate Convocation ceremony or to request a copy of Ms. Robinson’s remarks, please contact Carolyn Ritter in Stern’s Office of Public Affairs at critter@stern.nyu.edu or 212-998-0624.
Share / Print
Back to Top