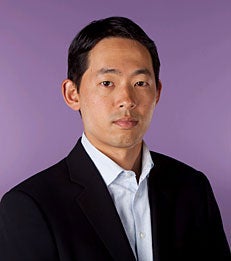 As Chief Mobile Officer for Zynga, David Ko (BS '93) oversees its mobile games and features, including CityVille and Words with Friends.

The key to success in this business is to keep your eye on the big picture, focus on what consumers are looking for, and think about how different technologies help to solve needs for different users.

As Chief Mobile Officer for Zynga, David Ko (BS '93) oversees its mobile games and features, including CityVille and Words with Friends.

Can’t get enough of Zynga’s games on Facebook? You’re not alone. More than 230 million people from around the world are playing Zynga’s popular social games such as CityVille, FarmVille and Zynga Poker and the numbers keep growing – especially on mobile.

“I’ve always loved playing games and strongly believed that the next great gaming frontier would be on mobile devices and would incorporate a social component,” said David Ko (BS ’93), chief mobile officer for Zynga, the leading social game developer based in San Francisco.

A self-proclaimed fan of gaming, Ko found a way to make his passion for gadgets and new technology a part of his professional life… but he didn’t start out that way.

Ko began his career as a financial analyst for the Investment Banking division in Global Energy at Salomon Smith Barney. “I worked with some incredible people, learned the ropes of the markets, and had an opportunity to participate in several strategic deals,” he recalled.

All the while, Ko pursued his interest in technology, making several trips to the West Coast, both for networking and for visiting friends in Silicon Valley. In early 2000, Ko accepted a position at Yahoo! to manage aspects of business development for the company. Throughout a tenure at Yahoo! that spanned 10 years, he made his way up the corporate ladder, taking on roles from running the company’s global mobile operations to heading Yahoo!’s properties, including the Front Page, Finance, Sports, News, and Entertainment, across the Americas.

During his time at Yahoo!, Ko also had an opportunity to lead a Yahoo! team in Asia – an experience that he found exciting having spent time abroad earlier in his life, notably while studying abroad as an undergraduate. “While at NYU Stern, I had the opportunity to study in Asia,” he pointed out, “and that international experience was key in helping me make the transition for work later in life, which included moving my family to Singapore for a few years.”

Residing in the San Francisco Bay Area now for more than 10 years, Ko has grown to love what he calls the “lifestyle of Northern California and the entrepreneurial spirit of Silicon Valley.” That said, he does miss a few things about the East Coast: “In particular, I miss the changing seasons, the excitement of New York City, and, of course, my family and friends.”

Despite being a technology enthusiast, Ko said he is not one to stay cooped up inside for too long: “I have a lovely wife and two wonderful daughters, and on weekends, we try to enjoy the outdoors as much as possible, spending time at the beach or going hiking.”

Zynga, Ko said, continues to make incredible strides in mobile. Most recently the company added two new games to its mobile portfolio – CityVille Hometown, in which players can create the virtual town of their dreams, and Hanging With Friends, which offers a new twist on the classic ‘Hangman’ game.

Navigating the rapidly changing landscape in the technology industry can be tricky, admitted Ko. “There is a lot of hype surrounding the next big thing, which is predicted to revolutionize the industry,” he explained. “The key to success in this business is to keep your eye on the big picture, focus on what consumers are looking for, and think about how different technologies help to solve needs for different users.” 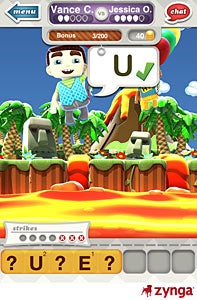 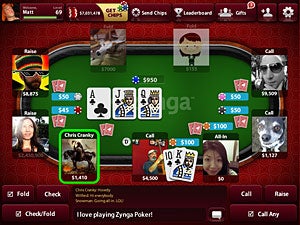