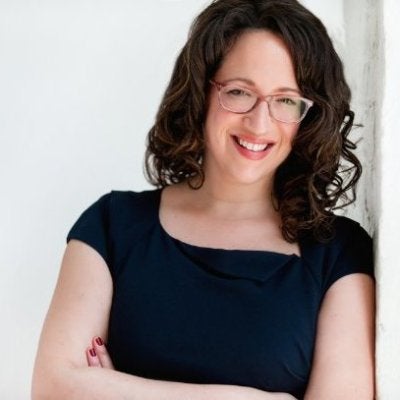 Amy Webb is a quantitative futurist and is an Adjunct Assistant Professor at the New York University Stern School of Business. Professor Webb's research focuses on strategic foresight and using data to model probable, plausible and possible scenarios for the future. She was named to the Thinkers50 Radar list of the 30 management thinkers most likely to shape the future of how organizations are managed and led and won the prestigious 2017 Thinkers50 RADAR Award for her research and work in strategic foresight.

Professor Webb is the author of three books and consults on movie and television shows that are set in the near and far future. Her most recent book, The Signals Are Talking: Why Today’s Fringe Is Tomorrow’s Mainstream, explains how to predict and manage technological change. It was selected as one of Fast Company’s Best Books of 2016, was an Amazon’s best book of December 2016, won the Gold Axiom Award for the best book about technology and was a Washington Post Bestseller. Her bestselling memoir Data, A Love Story (Dutton/ Penguin 2013) is about finding love via algorithms. Her TED talk about Data has been viewed more than 6 million times and has been translated into 32 languages. Data is being adapted as a feature film, which is currently in production.

She is a 2017-18 Delegate in the United States-Japan Leadership Program and was a 2014-15 Visiting Nieman Fellow at Harvard University, where her research was commended with a national Sigma Delta Chi award. Webb was also a Delegate on the former U.S.-Russia Bilateral Presidential Commission, where she worked with her Russian counterparts on the future of technology, media and international diplomacy. Every year, she lectures about the future of media and technology at Harvard University as well as a number of universities worldwide, which have included Institut d'études politiques de Paris, Tokyo University and National University of Kyiv.

Professor Webb is the founder of the Future Today Institute, a leading strategic foresight and future forecasting firm that researches emerging technology on behalf of Fortune 500 and Global 1000 companies, government agencies and financial institutions around the world. She has advised three-star generals, senior government administrators and executive leadership of the world's largest companies on the future of artificial intelligence.

Her future forecasting work has been featured in the New York Times, Harvard Business Review, MIT Sloan Management Review, Wall Street Journal, Fortune, Wired, Fast Company, CNN, NPR and more. Her research has also been cited in several academic papers. She is the tech columnist and a contributing editor at Inc. Magazine, where she writes about the future of technology and business. She has given hundreds of keynotes and invited talks at international forums, which have included the World Economic Forum's Industry Strategy Meeting, South By Southwest, and the National Academies of Science.

Amy Webb (2017)
The Flare and Focus of Successful Futurists

Amy Webb (2016)
The Signals Are Talking: Why Today’s Fringe Is Tomorrow’s Mainstream

The Genesis Machine: Our Quest to Rewrite Life in the Age of Synthetic Biology

In a video segment, Professor Amy Webb reviews scenes from movies that are set in the future

In a radio interview, Professor Amy Webb offers predictions on how employers may use real-time health data to combat the spread of COVID-19

In an in-depth feature, Professor Amy Webb shares insights on the seven most important technology trends for 2020

In an op-ed, Professor Amy Webb offers advice for how event planners should approach rescheduling events for the fall, noting that organizers would be wise to think like a futurist by considering all potential sources of disruption

Professor Amy Webb explores how daily life will be different after the coronavirus outbreak subsides, noting that Americans must be willing to imagine the unimaginable

In a video Q&A interview, Professor Amy Webb offers insights on the scale of the COVID-19 outbreak in the U.S.

In an op-ed, Professor Amy Webb discusses sources of disruption that every company must monitor

In an in-depth interview, Professor Amy Webb shares insights on the role of data in business, government, society and culture

Professor Amy Webb's book, "The Big Nine," is named to the longlist for the Financial Times and McKinsey Business Book of the Year award

In an op-ed, Professor Amy Webb shares insights from her work as a futurist advising firms on strategic planning