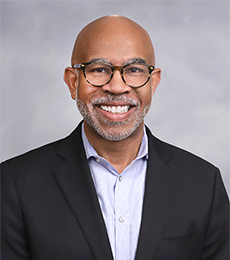 I really see myself as a community-builder and want to give ear and voice to the entire Stern community.

Associate Dean for Diversity and Inclusion at NYU Stern

Since January 2019, Gary Fraser has served as the first associate dean for diversity and inclusion at NYU Stern, a position that spans both undergraduate and graduate programs. Counting his time as an MBA student, this is his third Stern incarnation: in 2000, after eight years in brand management working on consumer packaged goods, he returned to Stern to run the career office and was promoted to dean of students in 2004, a role he held until 2012 when he moved to Los Angeles. From 2012 to the end of 2018, he was assistant dean of the Full-time MBA Program and Career Services at the USC Marshall School of Business, and then the assistant dean of Full-time MBA Student Affairs at the UCLA Anderson School of Management.

We had a chance to sit down with Gary and learn a little about his long history with Stern, what he hopes to accomplish in his new role, and a few of his favorite things.
Tell us about your history with Stern.

I have a long history with Stern. Back in the early 90’s, I was looking for an MBA program in NYC, and NYU’s reputation as a university of the people really connected with me and I felt a strong sense of belonging at Stern. After spending eight years in marketing focused on consumer-packaged goods, I returned to Stern to run the career office in 2000, and was promoted to Dean of Students in 2004, a role I held until 2012 when I moved to Los Angeles. It’s been fun to be back at Stern since January 2019 as the Associate Dean for Diversity and Inclusion across all of NYU Stern, including the undergraduate and graduate programs.

Can you share a little about your professional background?

After my MBA, I worked in brand management at Sara Lee, Cadbury Beverages, and Kraft/Nabisco (now Mondelēz International) on projects ranging from Olympic licensing to product launches and package redesigns. After a while, I was hitting a ceiling of experiences. I was drawn to Stern because of my experiences there as a student leader and my involvement with the school as an alum and recruiter. I realized I could apply a lot of the soft skills I had developed on the corporate side, like relationship building and cross-functional team management, that were necessary for the role.


Legend has it that you remember every single student you’ve met. Is this true?

That’s not quite true—but I do remember faces well. I have approximately 6,000 LinkedIn connections and I estimate that about two-thirds are from Stern. When I was Dean of Students I made it a point to study the student catalog with headshots to learn a little about each student. I still have most of those books! I always want to be approachable so the investment in time learning something about each student was well worth it. If I ran into a student in the halls or at an event, it was easy to strike up a conversation. I feel lucky to have had so many conversations over the years and I still have many with so many terrific alums!

You just returned as the Associate Dean for Diversity and Inclusion, a new role at NYU Stern. What drew you back?

Dean Sundaram drew me back. He contacted me with his vision for the role, which touches on all aspects of the Stern community—students, faculty, and administrators—with the aim of becoming best in class in the inclusivity, diversity, belonging, and equity space. The role reports into Dean Sundaram, which is a statement of the importance of the position as it touches all parts of Stern.

What are you planning to focus on at Stern?

I really see myself as a community-builder and want to give ear and voice to the entire Stern community. We all have social identities and it’s important to create a system that allows for a dialogue about them. We also need to look holistically across the School at how we operate, educate our students, hire faculty, etc. to really build an infrastructure that supports inclusion, diversity, belonging, and equity. This includes everything from case studies that include female protagonists to looking at the climate in classrooms to ensure everyone feels comfortable participating.

As a business school, we can also use our diversity as an opportunity to create future leaders who know how to manage people from different walks of life. That is an essential skill for any business leader.

How have you been involved with the Forté Foundation and Consortium?

I was a Consortium fellow as an MBA student which enabled me to attend Stern, so I have a strong affinity for the organization and have been involved as a board member. I’ve also been an advocate and am currently a board member of the Forté Foundation, which has provided me with the opportunity to learn about the challenges facing women in their business careers. At Forté, I’ve been working with other top MBA programs to increase the number of female protagonists in cases used in the core curriculum, which is something I’d like to bring to Stern.

What are your fondest memories from when you were a student at Stern?

My best experience was organizing a Business and Career Conference and Career Fair as the president of the Association of Hispanic and Black Business Students (AHBBS). It not only helped in building relationships with companies for networking purposes, but also helped me in learning leadership skills like motivating others and galvanizing the community to get involved.

In general I’m an early riser and start with meditation. It helps me get ready for the day and I get my best ideas when my mind is clear. I also fit in a spin class when I can.

What’s your favorite place near NYU to grab lunch?

I like Dig Inn and Sweetgreen—they’re both healthy and delicious. But I really miss Noho Star, that was one of my go to places that has since closed.

When I was working on my Ed.D. in education 10 years ago I had to give up TV, and to this day I watch very little (with the exception of sports). But the one show that has caught my interest is Westworld. I’m intrigued by the futuristic version that they present of what AI can mean in a society.

Where did you go for your last vacation?

I went to Barcelona (and loved it!). I first discovered the city when there was an international alumni conference there one year. I like to take one international trip a year.

Stern has a growing population of alumni living on the West Coast. Now that you’re back in NYC, what do you miss about the West Coast, specifically in LA?

I miss the Stern alumni out in LA. They have a really nice community. I also miss the great weather in LA which supports an active lifestyle. NYC is great— it has a lot of energy, but in LA it’s much easier to unplug during your time off work.