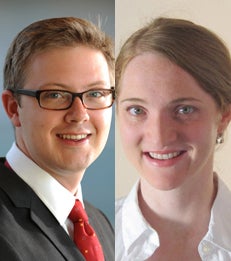 Transit infrastructure investments do not just facilitate social connections between far-away zip codes in general, but do so particularly across zip codes with different demographics.

Densely-populated urban areas can foster the rapid dissemination of ideas and news, offering benefits to their inhabitants, for example through providing job opportunities or facilitating desirable social interactions. NYU Stern Professors Theresa Kuchler and Johannes Stroebel recently completed a study that used anonymized data from Facebook to explore the spatial structure of social networks in the New York metro area to better understand the determinants and effects of urban dwellers’ social connections. Because most Facebook users connect with people they personally know or have known, whether as friends, classmates, or co-workers, networks formed on Facebook more closely resemble real-world social networks than those on other online platforms, the authors wrote.

In “Social Connectedness in Urban Areas,” Professors Kuchler and Stroebel, along with co-authors Michael Bailey, of Facebook, and Patrick Farrell, of Princeton University, explored which predictors of social connectedness were most significant within the New York metro area. They found that social connectedness declines strongly in the time it takes to travel between locations. Relatedly, the researchers found that the geographic concentration of social networks is highly correlated with access to public transportation. Both of these findings point to the importance of transportation infrastructure in shaping urban social networks by increasing agglomeration benefits as well as reducing the link between residential and social segregation. Importantly, transit infrastructure investments “do not just facilitate social connections between far-away zip codes in general, but do so particularly across zip codes with different demographics,” the authors wrote.

In addition to the impact of distance and public transit time in forming and maintaining social ties between geographies, the authors confirmed that zip codes that are more similar along demographic measure like race, education, and income are more likely to be socially connected.

Additionally, the study examined the social connections between New York zip codes and foreign countries, highlighting how these international connections are related to past migration movements.
Share / Print