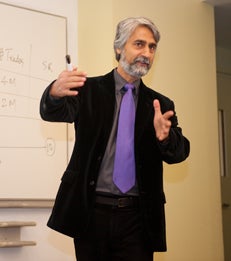 We are now in a data-rich environment that enables new possibilities for health care in the clinical arena as well as cost cutting and operational efficiency.

The terms “predictive analytics” and “health-care analytics” in Google Trends show an impressive growth in interest since 2011. But what is the status of predictive analytics in health care at the current time? To what extent are predictive analytics actually being used in health-care practice? For several years now, there have been dire warnings of health-care spending exceeding 20% of gross domestic product (GDP) by the year 2025. While much of the increase in cost is attributed to medical technology which saves, extends, or improves lives, the rise in costs of health care is nevertheless alarming. Big data and analytics can provide an important part of the solution for curbing rising costs and improving health care. There's hope for change. But what will it take to make it happen?

To put things in perspective, healthcare technology saw an intensive period of research during the 70s and 80s in the area of expert systems such as Internist/Caduceus and Mycin. Internist demonstrated impressive performance in terms of differential diagnosis accuracy across the field of internal medicine, but didn't make it into widespread use. The underlying technological infrastructure at the time didn't allow such sophisticated systems to merge with the practices and workflow of physicians. The systems were also handcrafted, making them brittle despite attempts to separate the representation of domain knowledge and data from the generic reasoning machinery. Incentives for use were few. If anything, there were concerns about malpractice.

We are now in a data-rich environment that enables new possibilities for health care in the clinical arena as well as cost cutting and operational efficiency. The costs of genomic sequencing have dropped dramatically, and continue to fall, aided by advances in data engineering driven by cloud computing. It is becoming increasingly common to do sequencing on cases involving various cancers including melanoma, and new discoveries are being made on the basis of such data, for example, genomic tumor assessment revealing DNA alterations that are driving cancer growth and in identifying appropriate treatment options.5 Genomic studies have also found new associations, such as that between the gene LRRK2, mutations of which are believed to be associated with Parkinson's disease and Crohn's disease, raising the possibility that the two diseases share common pathways.

___
Vasant Dhar is Professor and Head, Information Systems Group and Co-Director, Center for Business Analytics.
Share / Print
Back to Top