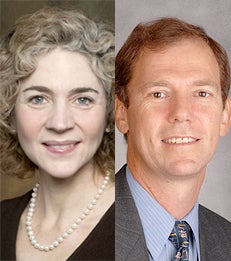 Short-term market gyrations can be frightening, but China should be playing a long-term game.

Historically, China's stock market has been significantly more volatile than the U.S. or other developed markets. This level of volatility is to be expected given the high-growth, high-stakes economic environment in China. However, even by these standards, the vertiginous rise over the last 12 months and the extremely sharp decline in the past three weeks have been jaw-dropping. While this roller coaster may have market participants reaching for their Dramamine, it is the response of the Chinese authorities that should have investors more concerned.

After making a series of moves towards a more market-based economy, it seems that the authorities have lost some faith in the power of markets. This lack of faith does not bode well for the future.

In the 12 months through the market peak on June 12, the Shanghai index was up 152 percent, with the more tech and small stock heavy Shenzhen index climbing 195 percent over the same period. In the subsequent 15 trading days, these two indices lost 29 percent and 33 percent of their value, respectively. These stock market moves in both directions have been extreme, but while they are not exactly reassuring from an investor's, or even an economist's, perspective, they are understandable. Here's why.