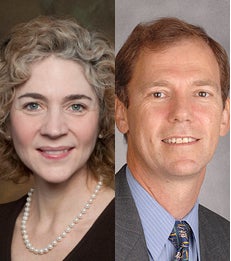 ... in contrast to widespread perceptions, academic research suggests that, going forward, the stock market in China may serve as an important instrument for more efficient capital allocation.

China is at a pivotal point for its future economic growth as the country attempts to transition from a state-controlled, investment-driven economy to one that is more market-oriented and consumption-driven. It is also at a critical point in its path to integration in global financial markets, as highlighted by the debate over the potential inclusion of China A shares in MSCI indices (See Note 1). The development of the financial system in general, and the stock market in particular, will likely play an instrumental role in both of these transitions. There are two key questions. First, can the stock market improve the efficiency of capital allocation and support broader financial stability? Second, can the stock market serve as a platform for greater global diversification? Skeptics argue that the stock market is a sideshow in China’s bank-dominated economy and that pricing is irrational and disconnected from fundamentals. However, recent research points to a market whose price informativeness and cross-sectional pricing are in line with those in developed markets, suggesting that with suitable ongoing reforms the stock market does indeed have a crucial role in the world economy.

These issues are obviously of critical importance to China and to those thinking of investing there; however, a number of developments over the last decade have made them an even broader concern. First, China’s GDP has more than tripled to over 11 trillion USD in 2016, on par with the United States in purchasing power terms, and it is the world’s largest contributor to global growth. Second, China’s stock market has grown more than five-fold to 7.5 trillion USD in market capitalization as of May 2017, and it has become the world’s second largest, while the number of stock listings has more than doubled to over 3,200. (See Figure 1, reproduced from Carpenter, Lu, and Whitelaw (2017), for a plot of the evolution of the number of firms traded (Panel A) and the market capitalization (Panel B) since the stock markets opened in the early 1990s.) Third, China has become the world's largest investor, with 5 trillion USD of total fixed asset investment in 2016. Fourth, the explosion of debt used to finance China’s post-crisis stimulus has raised concerns about the stability and efficiency of the financial system, making China’s stock market an important alternative financing channel.

Read the full article as published in VoxChina.