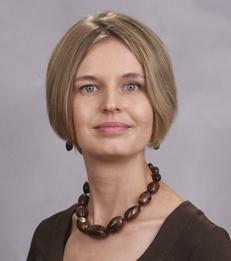 By Hanna Halaburda, Andrea Baronchelli, and Alexander Teytelboym
Until recently, digital money was issued by commercial banks via credit or debit cards, while central banks were the only source of printed or minted money. But in October 2020, the Central Bank of the Bahamas launched the Sand Dollar — the world’s first central bank digital currency (CBDC), a digital currency issued directly by a central bank.

Since then, seven countries in the Eastern Caribbean as well as Nigeria have officially launched their own CBDCs, 14 countries are piloting them and more than 50 have announced that they are in the research and development stage. There are many reasons for this flurry of activity. First, CBDCs are touted as a tool for financial inclusivity, giving more people access to banking services. Second, CBDCs are supposed to lower settlement costs and reduce frictions and fees associated with digital payments. Third, and perhaps most importantly, after Facebook’s aborted attempt at launching the Libra/Diem currency, there is growing concern among central banks that private players could issue a global currency free from political control.

A CBDC is a digital substitute for cash. But even if CBDCs do not replace cash, their wide adoption will create a dramatic change in how much data are generated by innocuous day-to-day transactions. Today, using cash, you can go to a shop and buy yourself as much chocolate as you like without anyone (except, perhaps, the shop assistant) knowing about it. But if you had to pay using a CBDC, the central bank could immediately trace your transaction. What might it do with that data? Perhaps it could allow your health insurer to find out about your unhealthy eating habits. Or maybe it could let the government social security department know about this so your benefits could be docked as a punishment for your gluttony.

"There Is a Disconcerting Absence of Public Debate About the Privacy Issues That Surround Digital Central Currencies.,"
— 9.20.22
"The Microeconomics of Cryptocurrencies,"
— 7.29.20
"Will We Realize Blockchain’s Promise of Decentralization?,"
— 10.7.19