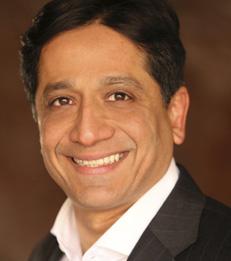 COVID-19 is dramatically accelerating the transition to online commerce. Platform demand has been central to riding out the economic shock, especially for small businesses.
Findings underscore the importance digital platforms have in ensuring business continuity and providing future resilience
The NYU Stern School of Business and Uber Technologies announce the release of a new paper, “COVID-19 and Digital Resilience: Evidence from Uber Eats.” The study establishes that digital platforms enabled restaurant survival during the COVID-19 lockdown by providing critical continuity in access to customers.

Using data collected between February 1 through May 1, 2020 from five U.S. cities — Atlanta, Dallas, Miami, New York City and San Francisco — the research demonstrates how, facing a collapse in their dine-in business, restaurants increasingly relied on Uber Eats during the pandemic. It also documents a dramatic increase in the rate at which new restaurants joined the platform to weather the economic shutdown.

“All of these factors point to the heightened importance of platforms like Uber Eats in the economy of the future,” said NYU Stern’s Arun Sundararajan, the Harold Price Professor of Entrepreneurship, who co-authored the study with NYU Stern PhD student Manav Raj and Uber Technologies data scientist Calum You. “COVID-19 is dramatically accelerating the transition to online commerce. Platform demand has been central to riding out the economic shock, especially for small businesses.”

Specific findings include: “The ramp-up was quick and significant with consumer demand for food delivery on Uber Eats increasing by 25-75% since the start of the shelter-in-place orders,” said co-author Calum You from Uber’s data science unit. “These findings demonstrate how communities increasingly turned to food delivery platforms at a time when trips to the grocery store or walks to the local cafe were difficult, particularly for vulnerable populations such as older adults and those living in food deserts without access to a car.”

“The connection between platform-sourced demand and survival will be indelible, likely leading the survivors to double down on digital, seeing it as a critical source of resilience,” write the authors. “Because of social distancing, enhanced cleaning protocols, and consumer hesitancy, the costs of dine-in will increase significantly, making a digital channel all but essential for restaurant survival.”
Share / Print ▼