Dodd-Frank or the Choice Act? Take the best parts of both 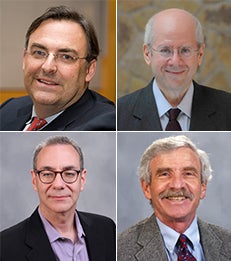 Senators should put aside partisan politics and combine the best features of Dodd-Frank and the Choice Act to catch Deng’s “mouse” and create both a more efficient and a safer financial system.

Deng Xiaoping, the Chinese leader who helped transform China from a planned economy to a market one, famously said in response to criticism that he had surrendered communist principles: “It doesn't matter if a cat is black or white, so long as it catches mice.”

So, too, with financial regulation and the ideological divide in Congress.

The Financial Choice Act sailed through the House of Representatives recently, part of a legislative effort to roll back large parts of the Dodd-Frank Act of 2010. While the legislation is right to do away with the overly burdensome regulations of Dodd-Frank, it is wrong to leave government without adequate tools to protect the financial system.

Read the full article as published by American Banker.

___
Matthew Richardson, Kermit Schoenholtz, Bruce Tuckman and Lawrence White are professors at the NYU Stern School of Business and are the editors of the recently published book, "Regulating Wall Street: CHOICE Act vs. Dodd-Frank."
Share / Print