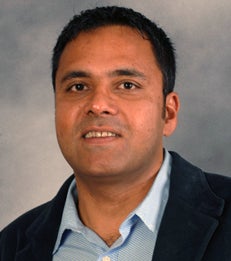 Polarization along political and ideological lines among United States citizens is at its most extreme since perhaps the Vietnam War era, with trust in government threatening to become an obsolete concept. NYU Stern Professor Vishal Singh recently researched the extent to which this downward trend in the level of trust in government varies along political or ideological lines.

In “An Asymmetrical ‘President-in-Power’ Effect,” Professor Singh, along with Davide Morisi, professor of government at the University of Vienna and John T. Jost, professor of psychology at NYU, analyzed several major data sets that covered a period of five recent decades and found that conservatives and Republicans generally trust the government more than liberals and Democrats do, respectively, when the president in office shares their respective ideology or party. Conversely, they discovered that liberals grant more legitimacy to governments led by conservatives than vice versa, and a similar asymmetry applies to Republicans compared to Democrats. Credit: Vishal Singh
A figure displaying the percentage of conservatives and the percentage of liberals with confidence in the executive branch of the U.S. federal government from 1972 to 2016, according to a general social survey. Click to enlarge.


This asymmetry can be traced to two major reasons that work in tandem, the researchers said. For one, Republican elites have become ideologically extreme, especially distrusting of Democratic governance, and their party more ideologically intense and unified than the Democratic Party. This could explain the perception that Republicans in Congress have moved further to the right than Democrats have to the left over the past 40 years, they wrote – although progressives in Congress could alter that relationship over the next few years.

The second reason for the asymmetry pertains to psychological differences between liberals and conservatives. Compared with liberals, a recent review of studies of 130,000 individuals showed that conservatives score higher on measures of dogmatism, intolerance of ambiguity, cognitive and perceptual rigidity, and need for order, structure and closure – as well as on measures of self-deception, negativity bias, subjective perceptions of threat, and a tendency to share a sense of reality with like-minded others. “It follows that conservatives would exhibit more loyalty, commitment and tenacity when it comes to supporting government run by their own ‘side’ and to exhibit more distrust, rejection and contempt when it comes to government run by the other ‘side,’” says Professor Singh.

However, liberals were found to be more willing than conservatives to grant legitimacy to a government led by the opposition, as were Democrats compared with Republicans. “These findings are in contradiction to the notion that liberals and conservatives are equally ‘biased’ and intolerant of one another, and they suggest that conservatives’ ostensibly principled opposition to ‘big government’ may apply more to Democratic than Republican governance,” the researchers concluded.