Globalization in Year 2038: Change and Continuity 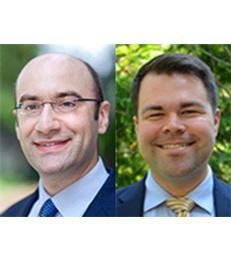 Farsighted firms can prepare by investing to bolster technological and marketing advantages, cultivating diversity within their organizations, and actively responding to societal concerns about globalization.
By Steven A. Altman and Phillip Bastian
Amid heightened volatility in international trade and capital flows since the 2008 global financial crisis and political backlashes against globalization in many countries, it would be folly to extrapolate recent trends to predict how globalized the world will be 20 years later. Instead, we focus this article on predictions about the nature of globalization that are likely to hold across a range of scenarios for the expansion or contraction of international flows. We begin with three predictions about what will change over the next 20 years, followed by three predictions about what will not change.

First, labor cost arbitrage—producing in poorer countries and selling in richer ones—will likely become a somewhat smaller part of companies’ global strategies, although it will still be important in some industries and business functions. This prediction draws support from economic forecasts (shrinking ratios of advanced to emerging economies’ GDP per capita) as well as technological trends (automation) and political shifts (populism). Instead, international competition may hinge on the strength of firms’ intangible assets such as technology and brands even more than it does now. The value of such assets has already soared from 17% of the market value of the US S&P 500 in 1975 to 84% in 2015.

Second, growth in emerging markets—even at a slower pace than over the last 20 years—will likely boost the intensity of international competition even if countries do not increase their levels of globalization. China provides a dramatic illustration: the growth of its exports fueled calls for trade protection even as the proportion of China’s output that is exported fell from 36% in 2006 to 20% in 2017. With the emerging economies’ share of world output projected to continue rising over the next 20 years, expect bold moves by multinationals from these countries. Watch out, in particular, for emerging competitors that develop strong intangible assets while sustaining cost arbitrage advantages.

Third, the shift toward a more multipolar and diverse world economy looks set to continue, increasing the complexity that large multinationals will have to manage. Fears about globalization as Americanization have already given way to worries about a Chinese-led world order. China, however, is not on course to match the US’s peak share of world output, leaving no single country as dominant as the US has been. As multinationals contend with larger differences in political systems and cultures across major markets, they will have to make difficult trade-offs. With fast international information flows, we have already seen how the mere appearance of firms taking inconsistent positions on contentious issues can provoke backlashes.

What Will Not Change?

To help companies navigate a turbulent international environment, global strategy expert Pankaj Ghemawat advises grounding business decisions in patterns that are likely to persist even in the face of large shifts.  The enduring power of borders and distance to dampen international flows underpins Ghemawat’s Laws of Globalization and the following predictions about what will not change over the next 20 years:

First, most companies will continue to do a disproportionately large share of their business close to home.  While steep drops in transportation and telecommunication costs have prompted some observers to proclaim the death of distance, international trade, capital, information and people flows still travel only about 60 percent as far as they would if distance had ceased to matter.  Cultural, political, and economic similarities among nearby countries will continue to make it easier to do business close to home.  So, despite faster growth in emerging economies, Europe will still be most French firms’ largest market even if European integration goes into reverse.

Second, national governments will still be key shapers of the business environment. Supranational governance is more advanced in Europe than anywhere else, but large policy differences across EU member countries lead to very different market conditions. Thus, even in the EU, trade diminishes sharply at national borders. According to one recent study, trade in intermediate goods inside EU member countries is 45 times more intense than such trade between EU members even after controlling statistically for the effects of distance, linguistic differences, and other factors. We are still very far from a Europe in which ever closer union would render borders irrelevant.

Third, people will still care much more about their fellow citizens than foreigners, rendering international competition far more contentious than domestic competition. According to a recent US survey, the average respondent would not oppose sacrificing 1000 jobs abroad to gain just one job at home. And earlier research indicates Europeans trust nationals of their own countries more than twice as much as they trust citizens of other EU countries. Such deeply rooted human loyalties will not disappear over the next 20 years. So, multinationals will still have to work harder to earn legitimacy and trust abroad than they do at home.

To conclude, these predictions imply that international success 20 years from now will likely require even stronger competitive advantages than it does today and even greater sensitivity to the cultural, political, and other types of differences that will continue to divide countries. Farsighted firms can prepare by investing to bolster technological and marketing advantages, cultivating diversity within their organizations, and actively responding to societal concerns about globalization.
___
Steven A. Altman is senior research scholar and executive director of NYU Stern’s Center for the Globalization of Education and Management (CGEM), as well as co-author of the DHL Global Connectedness Index.

More Opinions from Steven A. Altman and Phillip Bastian