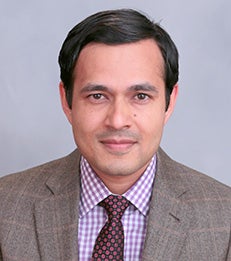 Our findings suggest that the benefits of early disclosure may outweigh the costs of disclosure for inventors and entrepreneurs who don’t have the backing of a large company.

In a new study, Professor Deepak Hegde of the NYU Stern School of Business and Stuart Graham of Georgia Institute of Technology discredit the conventional wisdom that public disclosure by inventors of their proprietary knowledge when their patents are pending is costly for them because it alerts rivals and facilitates imitation by others. In fact, the authors find that 93 percent of patent applicants choose to publish their innovations before receiving a patent. This research is particularly timely in light of current policy proposals being considered by Congress (e.g., H.R. 5980), which seek to limit the public disclosure of inventors’ know-how during the patent application process.

The authors leveraged the American Inventor’s Protection Act of 1999, which provided US patent applicants the choice to publish their applications (or not) before the patent was officially granted. They analyzed the disclosure choices of inventors on 1.81 million US patent applications filed after 1995 and granted before 2013.

Key findings include: “The proposed US legislation to restrict pre-grant patent disclosure, based on the assumption that disclosure imposes a net cost, particularly on individual or small-company inventors, appears to be misguided,” says Professor Hegde. “Much to the contrary, our findings suggest that the benefits of early disclosure may outweigh the costs of disclosure for inventors and entrepreneurs who don’t have the backing of a large company."

The article, “Disclosing Patents’ Secrets,” will be published in Science on January 16, 2015.