How and Why the Wealthy Try to Cover Up Their Privileges 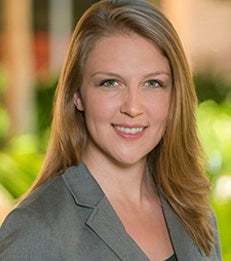 People have been paying a lot of attention to economic inequality—some people have more, some people have less—and whether that gap between people has gotten too large. One piece of this conversation points out how the system is rigged—some people not only have more, but this gap between the haves and the have-nots has been growing through unfair means. For example, being connected to a wealthy family member can give one a leg up in college admissions or the labor market. Likewise, inherited wealth gives folks advantages or special treatment in a range of contexts.

What happens when we start to expose this rigged system? It turns out, the better off are quite sensitive to this kind of evidence, and they work hard to cover it up. For instance, in a series of experiments, we asked those benefiting from class privilege (as an example, those from households in the top 10% of incomes) to read newspaper articles or other information about the unfair advantages their wealth gets them: Things like better treatment from doctors and hospitals, or easier access to getting a job, based only on their wealthy or elite status (not their skills or qualifications). Those who read this evidence were more likely to say their lives were hard and they had suffered, compared to similar participants who were not given the evidence. In another experiment, we found that privileged people, when reminded of their privilege, also exaggerated how many hours they work at their jobs.

But why do the wealthy react this way? Our research finds that this defensive reaction is motivated by people wanting to think they are a good person—specifically, a person of high merit. Especially in a society that valorizes the idea of meritocracy, being a good person can become synonymous with being a merited person—someone who works hard for what they have. Thus, when those benefiting from class privileges have to face that privilege directly, they experience dissonance between their sense of being a good, merited person, and evidence that they have had unfair class advantages.