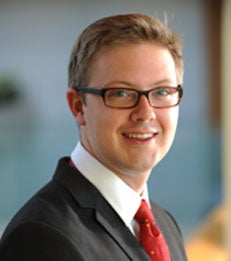 Professor Stroebel will receive $60,000 to further his research in the next two years.

Professor Stroebel will receive $60,000 to further his research in the next two years.

NYU Stern Associate Professor of Finance Johannes Stroebel has been awarded a Research Fellowship by the Alfred P. Sloan Foundation to support his work aiming to better understand financial decision making of households. Sloan Foundation Research Fellowships are awarded to early-career scientists and scholars “whose achievements mark them as the next generation of scientific leaders,” the Sloan Foundation said in announcing this year’s 126 fellows. Professor Stroebel will receive $60,000 to further his research in the next two years.

One of Stroebel’s recent projects documents the important role of social interactions in influencing households’ housing market investments. He has also studied the optimal regulation of consumer financial products and the effectiveness of monetary policy in stimulating spending by households.