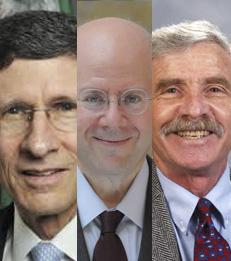 By neutering its authority to designate nonbanks as systemically important institutions, the FSOC would eliminate an important deterrent to excessive risk-taking.
By Richard Berner, Kim Schoenholtz and Lawrence White
The Financial Stability Oversight Council’s recent proposals to retreat from supervising certain large nonbank financial companies would unnecessarily expose Americans to damaging instability in the financial system and economy.

The financial crisis showed how a piecemeal approach to regulation allows risks to slip between the cracks. So the Dodd-Frank Act established the FSOC to take a broad view of the entire financial system, to assess risks in both banks and nonbanks, and the activities in which they engage. Doing so requires examination and oversight of both.

However, the FSOC now proposes to raise the hurdle for enhanced supervision of large, systemically important nonbank financial companies, or NBFCs, far too high. As a result, it would focus almost exclusively on the financial activities that could threaten financial stability.

We applaud identifying and examining such activities. But risk assessment should begin, not end there.