Monetary Policy and the Housing Boom: Connecting the Dots 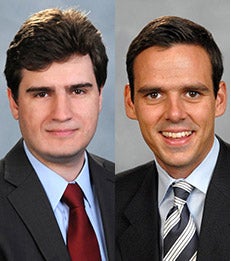 Ultimately, it was the willingness of end investors to supply this funding that enabled the boom and limited the effectiveness of monetary policy.

A decade after the financial crisis, questions remain about the role monetary policy played in the housing boom that precipitated the crisis. A recent study from NYU Stern Professors Alexi Savov and Philipp Schnabl provides an answer.

In “How Monetary Policy Shaped the Housing Boom,” Professors Savov and Schnabl, along with Professor Itamar Drechsler at the University of Pennsylvania’s Wharton School, approached the apparent paradox between rising interest rates and rapid growth in mortgage lending in the few years leading up to the crisis. The impact of monetary tightening on banks’ deposit rates, banks’ willingness to lending, and the role private-label securitization (PLS) were key to their analysis.

The study documents that tightening by the Federal Reserve Bank allowed banks to increase the profits they earned on deposits by charging higher deposit spreads, which led some deposits to be withdrawn and banks to originate fewer mortgages. Specifically, deposits contracted by 12.4 percent, leading to a 25.9 percent contraction in portfolio mortgage lending. The difficulty in securing mortgages in turn drove borrowers to seek loans elsewhere: in the growing market for PLS, led by expansion among nonbank mortgage originators. Thus, even as the Fed hiked interest rates by 4.25 percent over the period between 2003 and 2006, total mortgage lending declined by just 4.4 percent.

The change in the composition of lenders during this pre-crisis period was significant, the authors explain. “The shift to PLS had the important effect of making the mortgage market more run-prone” and thus fragile, they write, because unlike government-sponsored loans or bank portfolio mortgages, which are funded with government-insured deposits, PLS mortgages lack government support.

The authors conclude that tighter supervision of mortgage lending standards might have slowed the housing boom more effectively than more aggressive tightening by the Fed. But even this, they argue, might not have fully insulated the mortgage market from instability once government-insured deposits were replaced with funding from capital markets: “Ultimately, it was the willingness of end investors to supply this funding that enabled the boom and limited the effectiveness of monetary policy.”

While the authors’ findings “suggest that [regulators favoring stable sources of funding, such as insured deposits,] will help make monetary policy more effective in influencing lending,” they note that, since 2016, as the Fed has tightened, investors’ appetite for PLS lending has again sharpened.
Share / Print