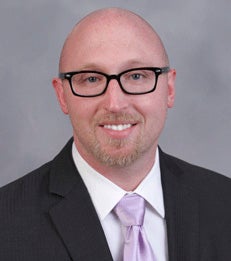 There has been a longstanding belief in the “hot-hand” phenomenon: a person who experiences successful outcomes has a greater chance of experiencing future successful outcomes. However, this notion fails to take into account the impact that a person’s positive momentum may have on the cognitive and physical performance of their opponent and how this may contribute to one’s rise. In “The Impact of Dynamic Status Changes Within Competitive Rank-Ordered Hierarchies,” NYU Stern Professor Nathan Pettit, Fuqua School of Business Professor Hemant Kakkar and London Business School Professor Niro Sivanathan explore how an opponent’s rise in a dynamic and competitive hierarchy over time can affect an actor’s psychology and performance.

Across six studies, including two large, real-world data sets and more than 5.3 million observations, the co-authors tested their hypothesis and found that an opponent’s positive momentum negatively affects a person’s cognitive and physical performance due to feelings of self-threat.

Key takeaways from the study include:
“Christian Doppler’s observation that motion of a source affects the experience of a stationary observer appears to extend well beyond sound and light waves,” write the co-authors. This research demonstrates that a “hot streak” by one’s opponent elicits psychological threat in their competition, and, in turn, impairs this actor’s performance.  This research also offers another significant perspective on the “hot-hand” fallacy toward understanding success.

This paper, “The Impact of Dynamic Status Changes Within Competitive Rank-Ordered Hierarchies,” was recently published in the Proceedings of the National Academy of Sciences.
Share / Print