Our Cities Are Going Dark. 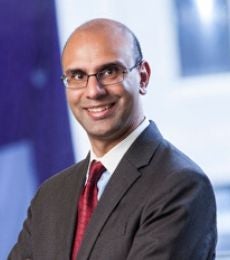 Tucked away in the West Village of Manhattan, Integral Yoga Natural Foods was a beloved institution—one of New York’s first organic food stores that served the neighborhood for 45 years. The store, run by its namesake yoga center whose founder gave the opening invocation at Woodstock, was unable to survive the overwhelming competition in the changing retail landscape and closed for business in 2018. Now open in its place is Getir, a new grocery chain of what are often called “dark stores.”

Block by block, our cities are going dark. “Dark stores” promise delivery within 15 minutes, but are not designed for walk-in customers and board up their windows. Similarly, ghost kitchens prepare and deliver food, but accept no patrons on site. These are only the latest so-called innovations in a decades-long assault on our urban landscapes. Neighborhood stores have been obliterated by Amazon and restaurant profits eroded by DoorDash and UberEats. The pandemic has now fundamentally altered the nature of work. Traffic in business districts may never fully recover, putting everything from grab-and-go eateries to shoe shiners out of business. Now, brash entrepreneurs backed by billions in capital are promising convenience like we have never seen before.

City leaders, community organizations, and residents should take notice. This next wave of disruption, layered on top of already significant headwinds, could deliver the final blow to the life, energy, and community that defines cities, resulting in higher crime, greater inequality, and increased mental illness.

____
Hans Taparia is a Clinical Associate Professor of Business and Society.
Share / Print