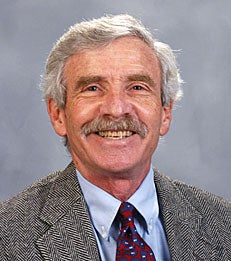 This is antitrust’s moment, with Big Tech in the crosshairs. Apple is already in court defending its app-store pricing and practices against challenges by game makers and disgruntled consumers. The Federal Trade Commission (one of Washington’s two antitrust enforcement agencies) and a covey of state attorneys general have charged Facebook with a slew of violations. And, arguably most important, the Justice Department is suing Google, the holy of holies for tech worshipers. That suit aims to change practices that are allegedly designed to sustain Google’s dominance in online search and advertising.

Why all this attention now? For one thing, the so-called digital platform companies have grown so large and so prominent that they seem omnipresent. Amazon (with some 800,000 employees) is the second-largest employer in the United States (behind only Walmart, at 2.2 million worldwide, which is racing to become an online megastore, too).

As of last fall, the five largest U.S. companies by market capitalization — Apple, Amazon, Microsoft, Facebook and Google’s parent, Alphabet, with a combined value exceeding $7 trillion! — were all digital. Their rising share of online activity, with its hard-to-pindown impact on prices, profits and income distribution, has alarmed experts across the political spectrum.

___
Lawrence White is the Robert Kavesh Professorship in Economics and the ​Deputy Chair, Economics.
Share / Print