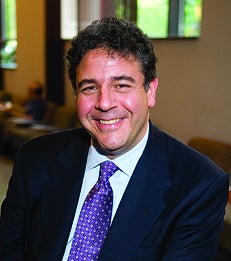 The ultimate test of trademark dilution ... is whether it costs a firm any sales.

When a small neighborhood business is pressured to shut its doors, or at least change its name, because a larger business claims trademark dilution – for instance, a printing shop in Boston called Lexus – disappointed local patrons may often be skeptical of the legitimacy of the charge. In what could turn out to be a blow to rights holders of famous brands, recent research by a team of NYU academics, including NYU Stern Marketing Professor Joel Steckel, demonstrates that the evidence for trademark dilution in such cases is thin indeed.

In “Is Trademark Dilution a Unicorn? An Experimental Investigation,” Professor Steckel and three NYU Law academics – Barton Beebe, Roy Germano and Christopher Jon Sprigman – designed a set of experiments to test the prevailing dilution theory, which rests on a set of studies showing that respondents are slower to match brands to their product categories and product attributes after being exposed to an advertisement for a different product using the same or a similar brand name.  The recent results showed that these earlier studies were flawed in their design, and that while dilution is theoretically plausible, it remains empirically unproven.

The earlier studies tested respondents’ response times by exposing them to potentially diluting stimuli – such as an ad for Mercedes toothpaste that states it is not made by the automobile company – and then testing how long it took them to match Mercedes to its correct product category. The current series of studies examined this by injecting two additional elements into the study.  First, they put subjects in a purchasing context – for instance, assigning a car-buying role-play task.  Second, they substituted incongruous ads (e.g., Colgate hamburgers instead of Mercedes toothpaste) not intended to dilute the target brand (e.g., Mercedes) – and seeing what happened. It turned out that incongruous stimuli in general diverted people’s attention and thus increased response times “even for a brand unrelated to the diluting stimulus.” The authors surmised that the distraction of the fictitious brands caused people tasked with a product purchase to be generally wary and made them pause momentarily in all responses.

The authors believe that true harm to a brand due to trademark dilution would have to result from a favorable association that becomes attenuated or a new, negative association added to the brand, and that any negative impact on response times and category matching accuracy are almost red herrings. “The ultimate test of trademark dilution,” they write, “is whether it costs a firm any sales. Our work was not able to produce changes in consumer perceptions of critical associations or choice, despite demonstrable differences in response times. Let the hunt for the unicorn continue.”

The upshot for now? Brand managers looking to clear the field of random businesses or products bearing their brand’s name might need to more effectively prove that their brand was harmed.  In fact, similar brand names in different categories might even help the original brand.  For example, Professor Steckel relates, there was a longtime bar called Apple on Waverly Place near NYU. “It is just as easy to imagine that the existence of that bar served to remind students of the technology company in Cupertino,” he points out, “as it is to imagine that it harmed Apple computers by associating the name with a bar.
Share / Print