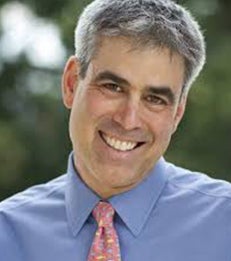 The world is out of balance, and America can’t just go on as before.

Taboo and sacredness are among the most important words needed to understand Charlottesville and its aftermath. Taboo refers to things that are forbidden for religious or supernatural reasons. All traditional societies have such prohibitions—things you must not do, touch, or eat, not because they are bad for you directly, but because doing so is an abomination, which may bring divine retribution. But every society also makes some things sacred, rallying around a few deeply revered values, people, or places, which bind all members together and make them willing to sacrifice for the common good. The past week brought violent conflict over symbols and values held sacred—and saw President Trump commit an act of sacrilege by violating one of our society’s strongest taboos.

The “Unite the Right” rally was an effort to mobilize and energize a subset of the far-right around its own sacred symbols—including swastikas and confederate flags—by marching to another symbol that is its members believed was under attack, a statue of Robert E. Lee. The psychological logic of the rally was to bind white people together with shared hatred of Jews, African Americans, and others, under a banner and narrative of racial victimhood and racial purity. Marching and chanting in unison has been shown to intensify feelings of oneness and social cohesion. The psychology of sacredness and its function in binding groups together is essential for understanding the method and the motives of the marchers.

Now look at the trail of desecration that stretches from the Friday night march across the grounds of the University of Virginia to Trump’s press conference the following Tuesday. UVA students treat “the lawn” at the heart of the original campus as hallowed ground, and most of them revere “Mr. Jefferson” as the (morally complicated) founder of the university. (I taught there for 16 years, and came to share those quasi-religious feelings.) This is why it made emotional sense to some students to rush out and “defend” a statue of Jefferson by surrounding it—unarmed—as a throng of torch-bearing armed white supremacists approached. There is no reason to think that the marchers would have vandalized the statue, but their unopposed presence would have contaminated it.

Read full article as published by The Atlantic.