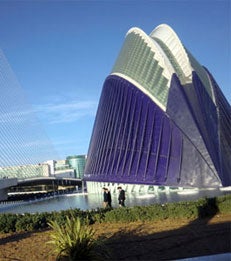 The Puerta de Serranos is one of the gates of the former city wall and is considered one of the most well-preserved and recognizable symbols of Valencia.

“When we get there, you will feel like you are in a different country.” – Paco, NYU Madrid professor, on traveling from Cuenca to Valencia

There were some differences, like the warmer temperature and the signs written in Valenciano (which is really similar to Catalán, even though anyone from Valencia will vehemently tell you that it is, in fact, NOT Catalán. The autonomous regions of Spain have a lot of pride).

If only we had gone to Valencia two weeks later. In March, there’s a celebration unique to Valencia called “Las Fallas,” in which artists build gigantic, building-sized cardboard monuments, also called “fallas.”

These statues are amazing pieces of work that take the entire year (and often hundreds of thousands of euros or more) to build. Then, during the celebration, the "the best one" is preserved, and the rest are set on fire. The museum we went to has a huge collection of miniature representations of some fallas from in the past. Many of them are social critique and very easy to recognize. 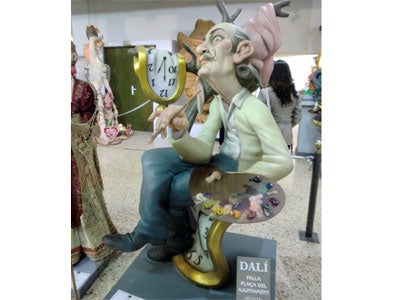 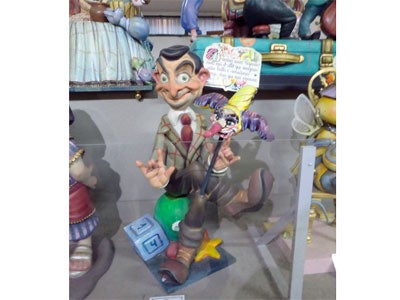 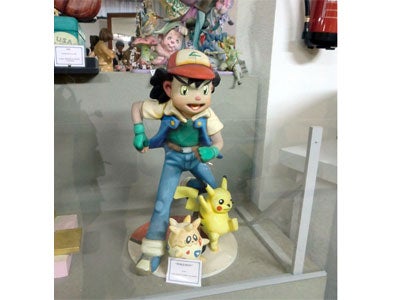 The Cathedral and Chapel of the Holy Grail is particularly interesting because it is a mix of both Roman and Gothic influences, besides the fact that it is home to the famous Holy Grail. 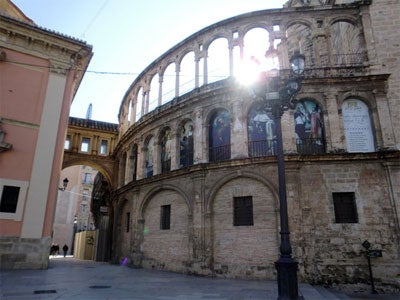 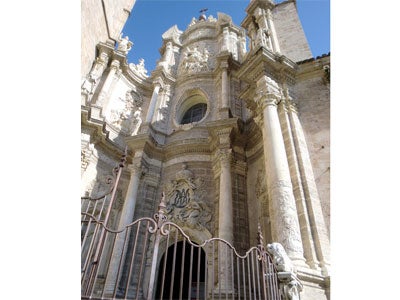 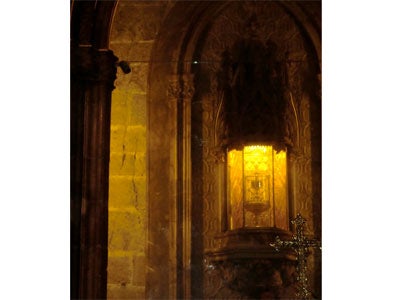 The Puerta de Serranos is one of the gates of the former city wall and is considered one of the most well-preserved and recognizable symbols of Valencia. 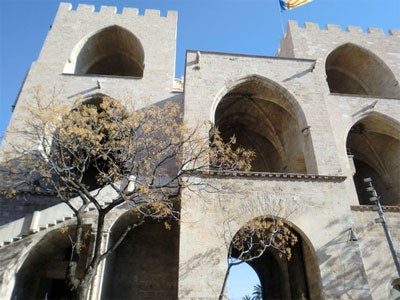 Medieval towers really are not designed to be a tourist attraction. The spiraling staircases are only about an arms-length wide, and it is extremely difficult to walk up as the other tourists are coming down. Although we had to brave the 207 steps to the top of the Torre de Miguelete, we were rewarded with an amazing view! 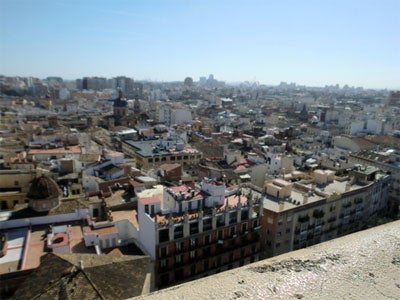 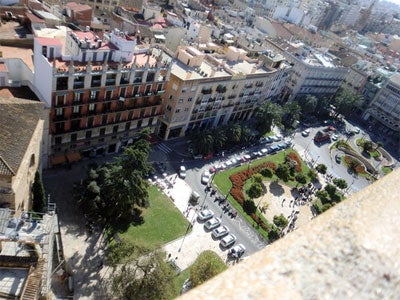 Lunch at the Beach!

The most famous dish in Valencia is paella, a rice dish made with one special and expensive ingredient: saffron. The saffron gives the paella its color, and is incredibly difficult to grow and harvest. Rumor has it that the best paella in Valencia is found by the beach, and that’s exactly where we went. 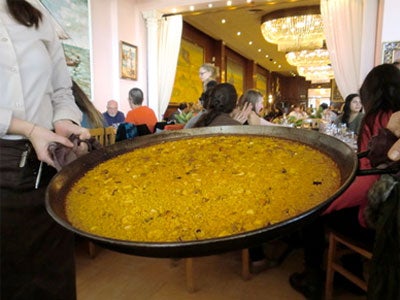 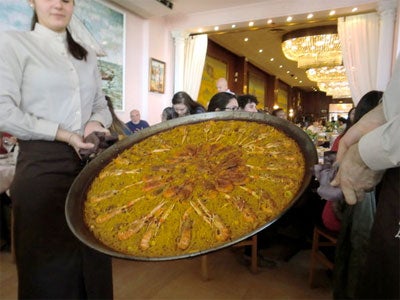 The next day, right before getting on the bus to go home, we got a tour of the Ciudad Artes y Ciencias, home to the famous Valencia Aquarium. We didn’t get a chance to go inside, but the unique architecture was definitely worth seeing! 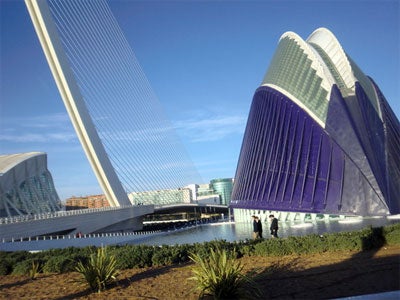 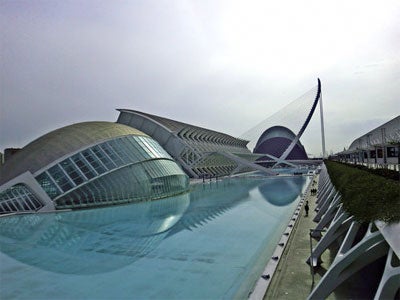 Cuenca and the Devil´s Window

Our first look at this mountainous region was through the devil’s eyes. They say that here, the Devil can steal your soul away. 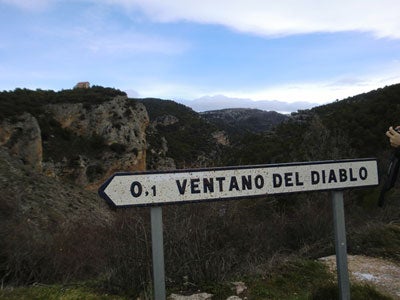 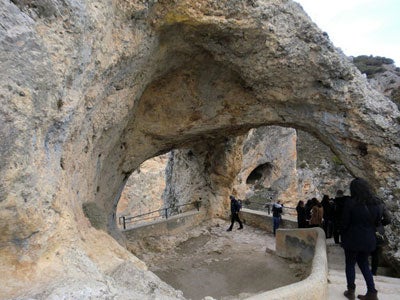 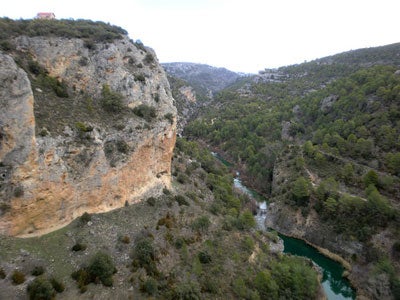 These houses are built straight into the side of the mountain, clearly not designed for anyone with any degree of acrophobia. These are from the 14th century, and since it takes a fortune to restore them, there are very few of these structures left. 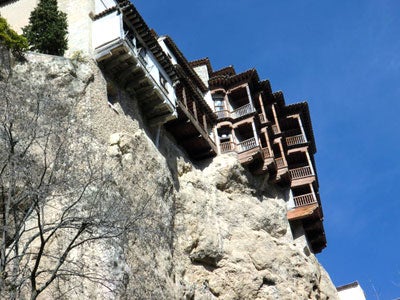 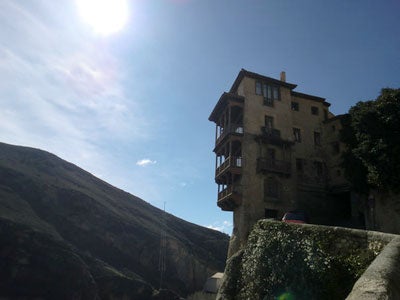 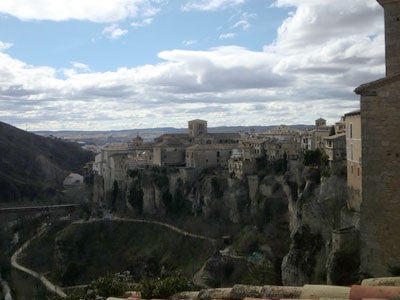