We went island hopping and I found myself only a few feet away from a Komodo Dragon. ... Mind you, I always made sure a local person was standing between me and the beasts.

After completing my studies, I embarked on a one month journey around South East Asia. First, I met up with a few friends from New York in Singapore, where I got to visit the newly constructed Marina Bay Sands. At night, the marina hosts a spectacular light show that is projected over a veil of water. Below is a shot of the stunning views at night, as well as a snapshot of the light show. 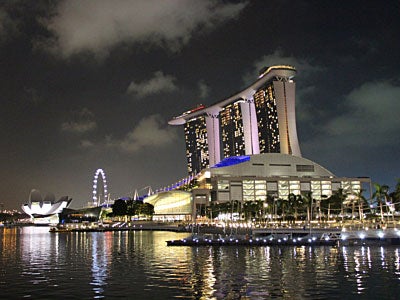 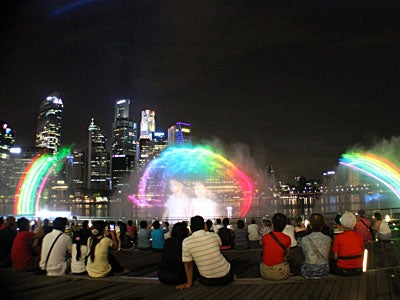 The view from atop the Marina Bay Sands hotel was just as stunning during the day. Below is a shot of the Ferris wheel and the surrounding neighborhoods, which provides a glimpse of the effort that the city puts into maintaining greenery. 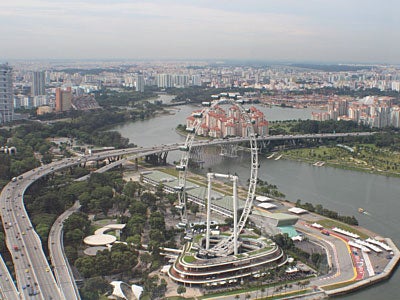 From Singapore, we went to Kota Kinabalu, the capital of Sabah state of East Malaysia. There we had hoped to hike to the peak of Mount Kinabalu, but were restrained by time. Instead, we trekked through Kinabalu Park and saw the world’s smallest orchid. 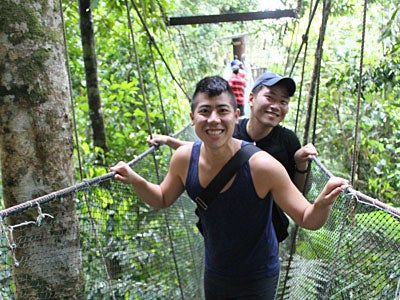 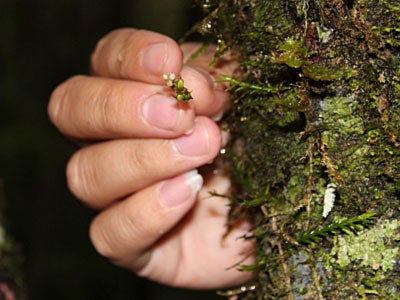 The next day, we went island hopping and I found myself only a few feet away from a Komodo Dragon. Luckily they seem well fed and were probably just as curious of us as we were of them. Mind you, I always made sure a local person was standing between me and the beasts. 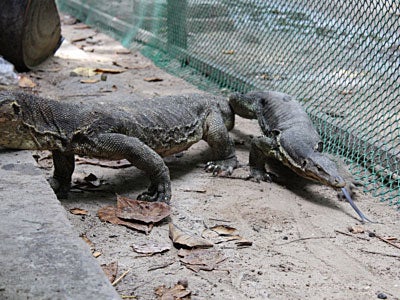 After some snorkeling, my friend and I tried windsurfing for the first time and it was a phenomenal experience. The boat purposely dipped us in the water 5 times, which felt warm and refreshing. 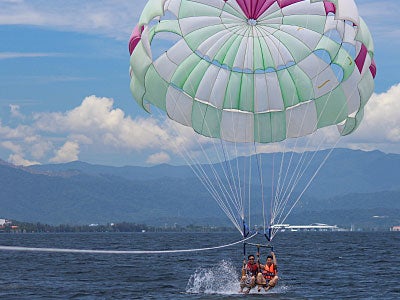 From Sabah, we hopped over to Manila for a few days. One of the days we spent at Volcano Taal, which is famous for having a lake within the volcano, that is also surrounded by a lake. After a beautiful boat ride through the bigger lake, we landed on the island with the volcano and rode horses up to the top. 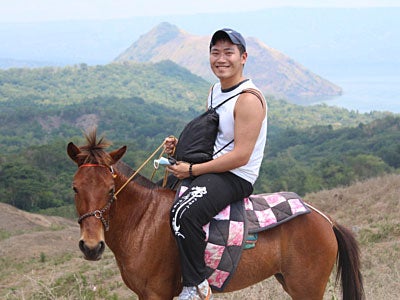 From Manila, we flew back to Malaysia and met up with another friend in Kuala Lumpur. After spending the day touring the city sights and enjoying the local foods, we found the most amazing view of the Petronas Towers from the Traders Hotel pool-side bar and lounge. Below is a picture of the towers at night. 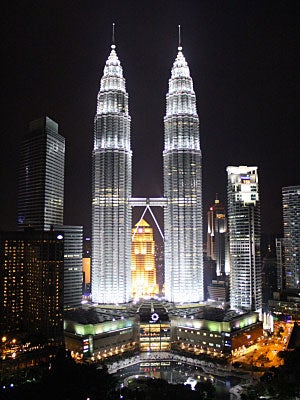 Through the next couple of days, we visited various parts of Kuala Lumpur, including the famous Batu Caves Temple, which is one of the most famous Hindu shrines outside of India. There, we not only found impressive Murugan statue, but we also found many monkeys running around the caves. I was able to capture two of them in a brawl. 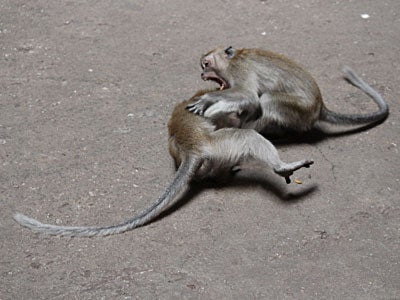