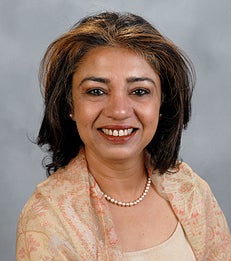 Be clear about your sexual intentions and beware of engaging in certain behaviors ... which may lead to misperceptions.

In a new study, Professor Priya Raghubir, chair of the Marketing Department at NYU Stern School of Business, and former NYU Visiting Postdoctoral Scholar Isabelle Engeler find a gap in how women and men interpret dating situations and intentions, which could lead to problematic misunderstandings between dating partners.

“We sought to set the record straight on prediction bias across sexes,” explains Professor Raghubir.  Building on existing research, the authors examined data on men’s and women’s reported sexual intentions. Across three experiments, they measured the “misprediction bias” between men and women. According to their findings: These findings have important implications for individuals who are dating as well as lessons for concerned parents of children who are dating. Professor Raghubir’s advice: The article, “Decomposing the Cross-Sex Misprediction Bias of Dating Behaviors: Do Men Overestimate or Women Underreport Their Sexual Intentions,” was published in the Journal of Personality and Social Psychology in July 2017.

To speak with Professor Raghubir, please contact her directly at raghubir@stern.nyu.edu; or contact Carolyn Ritter, critter@stern.nyu.edu, 212-998-0624, in NYU Stern’s Office of Public Affairs.