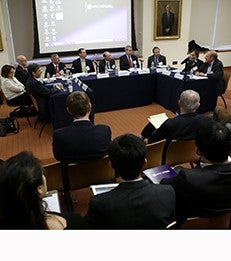 Experts from academia, the finance sector, regulatory agencies and legal and accounting professions gathered at NYU Stern on April 4 for a roundtable discussion on "Assessing Materiality: The FASB's Proposed Accounting Standards Update," hosted by the Vincent C. Ross Institute of Accounting Research. The roundtable was dedicated to the memory of Stern alumna Dr. Claire Eckstein (PhD ’88), who helped coordinate and document the Ross Roundtable series for more than a decade.

On September 24, 2015, the Financial Accounting Standards Board (FASB) issued two Exposure Drafts to clarify the concepts of materiality and discretion in financial disclosures. These proposals would redefine materiality as a legal concept, as cited by the Supreme Court in cases of securities fraud. Roundtable participants presented arguments on a number of topics, including the necessity for – and application of – the proposed legal definition, the value of discretion and the effectiveness of financial statements in an increasingly digital world. 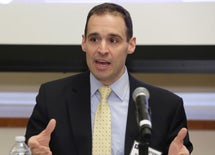 Opening the conversation, Nick Cappiello, supervising project manager for the FASB, described why the Board has taken steps to redefine materiality and how the proposal can help improve financial disclosures by corporations. He outlined some of the feedback the FASB has already received and the plan for continued discussion before any changes are ratified. 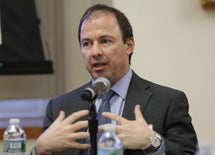 Neri Bukspan, partner at Ernst & Young, agreed that there may be value in clarifying the nomenclature used across domains for materiality, but argued that there is now a more pressing need to create efficiencies in how we provide and interpret information given the increasing amount available within financial statements and beyond. “We need to shift the dialogue to the future of disclosure. No one thinks in terms of pages anymore. We think about how many swipes or clicks are needed.” 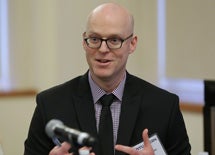 Jason Hayes, manager of corporate accounting policy for Verizon, said the FASB’s proposal merely codified what has been general practice for preparers but noted the need for more discussion to determine how a legal concept would be interpreted from jurisdiction to jurisdiction. 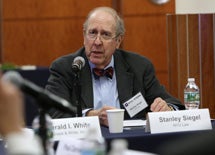 “Materiality is implicit as a standard in everything we do, and it has been for years,” said Stanley Siegel, Professor of Law Emeritus at the NYU School of Law. “Practitioners routinely evaluate what information should be included so that investors can be fully informed.” He continued to say there is an inherent difficulty in applying a single standard to multiple contexts, including accounting, acquisitions, regulation and other legal cases or criminal proceedings, and questioned whether judges are the right standard setters for accounting practitioners. 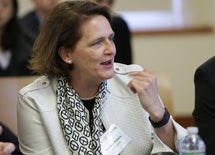 Sandra Peters, head of the Global Financial Policy Reporting Group for the CFA Institute, noted that, in a recent CFA survey, investors said the current volume of information provided in financial statements is not a concern, despite the prevalent narrative of “disclosure overload” within the industry. “Investors see no obvious inclusion of immaterial information currently,” she said. “But there is an appetite for even more information on topics such as sustainability efforts as well as environmental, social and governance (ESG).” She concluded by asking the FASB to consider how the proposed legal concept would shift the current threshold of materiality and how that may apply as materiality changes over time. 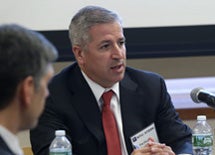 “Materiality in the context of financial reporting is a professional concept and can be applied by financial reporting professionals without always consulting the legal team,” observed Pat Durbin, partner at PwC, noting that the FASB should seek balance between the cost concerns of preparers and the desire for greater transparency rather than uniformity. 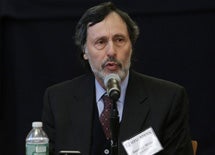 Gerald White, president of Grace & White, reiterated the ways materiality can vary over time and among users; therefore, materiality cannot be a quantitative threshold. Rather, the company should have the ability to assess whether certain information could make a difference to its stock prices and whether a prudent investor might want the information to make an informed decision. 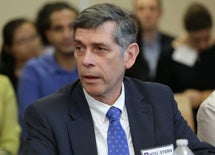 “Business models are becoming increasingly complex, and financial statements need to follow suit,” argued Jack Ciesielski, publisher of The Analyst’s Accounting Observer. The idea of “disclosure overload” is a conflation of pages and information, he continued, but a reduction of pages does not necessarily benefit an investor. Rather, knowing that investors now rely on technology more and more, our focus should be on the ways machines can help make better investment decisions, given the right information. 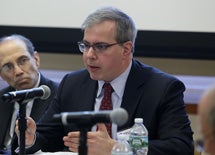 Wrapping up the conversation, Marc Siegel, a member of the FASB, affirmed that the intention of the proposed standard is to enhance companies’ ability to communicate effectively with their investors. He further explained the decision-making process for the proposal, which will include several conversations like the Ross Roundtable before a new standard is adopted.