Scaling Up Search for Analogies Could Be Key to Innovation 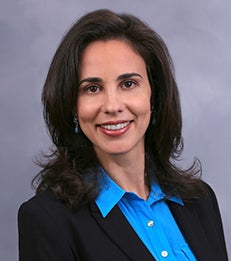 AI, crowdsourcing can identify insights that lead to breakthroughs

If analogy identification can be scaled up, the potential for advances is great.

AI, crowdsourcing can identify insights that lead to breakthroughs

Investment in research is at an all-time high, yet the rate of scientific breakthroughs isn’t setting any records. To resolve this quandary, scientists are turning to artificial intelligence and crowdsourcing for help in identifying a key inspiration for innovation — the perfect analogy.

Wilbur Wright, for instance, famously got his idea for using wing warping to steer an airplane while twisting a cardboard box. Using similar methods to solve disparate problems is a common theme in the history of innovation. But as problems become more complex and the amount of scientific information explodes, finding helpful analogies can be difficult, said Niki Kittur, a professor in Carnegie Mellon University’s Human-Computer Interaction Institute.

As described in a new report to be published online this week by the Proceedings of the National Academy of Sciences, researchers are addressing this problem by breaking down the process of identifying analogies, using crowd workers to solve individual steps in the process and training AIs to do part of the work automatically.

“We’re developing new tools that could unlock a whole set of interesting possibilities,” said Kittur, the lead author. “We’re just beginning to see how people might use them.”

If this approach proves successful, researchers need not rely on a lone genius such as Wright to find analogies. Instead, they can use a mix of individuals and AIs, each doing those portions of the work that leverage their particular strengths, said the authors, who include scientists from CMU, the Bosch Research and Technology Center in Pittsburgh, the Hebrew University of Jerusalem, the University of Maryland and New York University Stern School of Business.

“People are really interested in how we start generating breakthroughs again,” said Dafna Shahaf, assistant professor of computer science at Hebrew University of Jerusalem. “The pace of discovery is high, but does not scale with the amount of resources invested in research.”

People, such as crowd workers on Amazon Mechanical Turk, have been key to the research, though AI can learn from their efforts and assume a larger role moving forward. For instance, the authors developed an AI tool that enables a designer to specify a focus of a product description and then abstract it in a targeted manner. A designer developing an adjustable soap dish, for example, could identify the focus as an extendable product for different sizes of soap. The focus could then be broadened to include different types of personal products or to accommodate dimensions such as heights or weights, rather than just length.

The researchers have shown how this approach can be extended to scientific research. That includes developing methods for novices to annotate scientific literature, which can be challenging to read and understand. Even so, nonexperts often can discern where the most important concepts and mechanisms are in these research reports, even if they don’t grasp what those concepts/mechanisms mean, said Joel Chan, assistant professor of information studies at the University of Maryland.

“Knowing which parts are important buys us a lot in terms of finding subtle analogical relationships between research papers,” Chan added. For example, once nonexperts isolate the parts of papers that describe their purpose or research goal, AI models can identify other papers that are about common purposes, even if they are from different topic areas.

If analogy identification can be scaled up, the potential for advances is great, said Hila Lifshitz-Assaf, assistant professor of information, operations and management sciences at NYU Stern. Waiting to be tapped are more than 9 million U.S. patents; more than 2 million product and solution ideas submitted to ideation platforms such as InnoCentive, Kickstarter, Quirky and OpenIDEO; hundreds of millions of scientific papers and legal cases searchable on Google Scholar; and billions of webpages and videos searchable on the internet.

Of course, the sheer volume of that information poses a challenge to finding and applying analogies, one of three challenges the authors identify. Another is the tendency of people to fixate on surface-level details, rather than deeper concepts that apply across fields. People considering how to treat an inoperable tumor with radiation without destroying healthy tissue, for instance, tend to focus on radiation or cancer rather than drawing inspiration from military science for multipronged assaults.

A third challenge is the sheer complexity of real-world problems, which might require solutions of several subproblems, requiring multiple analogies at multiple levels of abstraction. Solving those challenges could usher in a new era of discovery, Kittur said, providing people with the inspiration necessary to make breakthroughs now just beyond our reach.

“It could be that the low-hanging fruit has been plucked and we just don’t have the ladders to reach what remains,” he explained. “AI will help us get higher into the tree, but you’ll still need people to actually pick the fruit.”